EFSA’s comprehensive re-evaluation of bisphenol A (BPA) exposure and toxicity concludes that BPA poses no health risk to consumers of any age group (including unborn children, infants and adolescents) at current exposure levels. Exposure from the diet or from a combination of sources (diet, dust, cosmetics and thermal paper) is considerably under the safe level […] 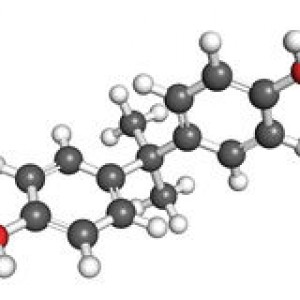 EFSA’s comprehensive re-evaluation of bisphenol A (BPA) exposure and toxicity concludes that BPA poses no health risk to consumers of any age group (including unborn children, infants and adolescents) at current exposure levels. Exposure from the diet or from a combination of sources (diet, dust, cosmetics and thermal paper) is considerably under the safe level (the “tolerable daily intake” or TDI).

Although new data and refined methodologies have led EFSA’s experts to considerably reduce the safe level of BPA from 50 micrograms per kilogram of body weight per day (µg/kg of bw/day) to 4 µg/kg of bw/day, the highest estimates for dietary exposure and for exposure from a combination of sources (called “aggregated exposure” in EFSA’s opinion) are three to five times lower than the new TDI.

Uncertainties surrounding potential health effects of BPA on the mammary gland, reproductive, metabolic, neurobehavioural and immune systems have been quantified and factored in to the calculation of the TDI. In addition, the TDI is temporary pending the outcome of a long-term study in rats, which will help to reduce these uncertainties.

BPA is a chemical compound used in the manufacture of food contact materials such as re-usable plastic tableware and can coatings (mainly protective linings). Another widespread use of BPA is in thermal paper commonly used in till/cash register receipts. Residues of BPA can migrate into food and beverages and be ingested by the consumer; BPA from other sources including thermal paper, cosmetics and dust can be absorbed through the skin and by inhalation.

Dr Trine Husøy is a member of EFSA’s expert Panel dealing with food contact materials (CEF Panel) and Chair of the BPA working group. She said: “The Panel decided to re-evaluate the safety of BPA because of the publication of a huge number of new research studies in recent years.”

To be as open and transparent as possible, EFSA thoroughly consulted and engaged with national authorities and stakeholders during this risk assessment to ensure that the widest possible range of scientific views and information were considered. According to Dr Husøy, “the public consultation process also helped us to refine our assessment through the submission of additional data and to further clarify important aspects of the opinion such as uncertainties”.

After weighing up a significant body of new scientific information on its toxic effects, the CEF Panel concluded that high doses of BPA (hundreds of times above the TDI) are likely to adversely affect the kidney and liver. It may also cause effects on the mammary gland in animals.

Studies indicating BPA as the cause of other health effects were less conclusive, stated Dr Husøy. “Effects on the reproductive, nervous, immune, metabolic and cardiovascular systems, as well as in the development of cancer are not considered likely at present but they could not be excluded on the available evidence. So, they add to the overall uncertainty about BPA-related hazards and therefore have been considered in the assessment.”

For the first time, EFSA has also considered exposure to BPA from non-dietary sources. Dr Husøy underlined however: “There is a lack of supporting data on dermal exposure – for example, how much BPA the body absorbs through skin by touching thermal paper – which really increases the uncertainty of estimates from thermal paper and cosmetics”.

EFSA’s experts used new methodologies to take account of the uncertainties regarding potential health effects, exposure estimates and evaluation of risks for humans. Dr Husøy stated that “by analysing each uncertainty one by one and combining our expert judgement the Panel was able to quantify these uncertainties and to factor them in to its risk assessment and derivation of the TDI.”

EFSA will reconsider the temporary TDI when the results of long-term research by the US National Toxicology Program are available for evaluation in two to three years. This research is expected to address many of the remaining uncertainties about BPA’s toxic effects.