Arla has issued an update on how it sees the market and its performance ahead of publication of its annual results later this month. 2014 was a complex year, the company said. The farmer-owned company achieved one of its best results ever in a market impacted by volatility and international politics. A strong first half […] 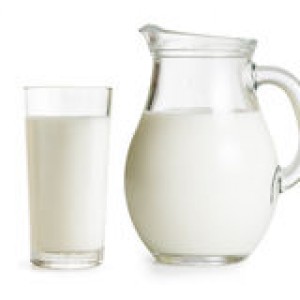 Arla has issued an update on how it sees the market and its performance ahead of publication of its annual results later this month.

2014 was a complex year, the company said. The farmer-owned company achieved one of its best results ever in a market impacted by volatility and international politics. A strong first half of the year produced record-high earnings, but the global market shifted in the second half, reducing the farmer milk price significantly.

Seldom has a business year been split in two so opposing halves, Arla noted. 2014 was a year that first saw strong economic tail winds in the global market that carried Arla into the summer with record-high milk prices for its cooperative farmers in Sweden, Denmark, Germany, the UK, Belgium, Luxembourg and the Netherlands.

Then things changed. The tail winds became head winds as global supplies rapidly outstripped demand, Chinese consumption ebbed off, and inventories were full. Finally, when Russia imposed a ban on dairy products from the EU, the headwinds grew in strength.

Arla’s profit in 2014 reached €0.3 billion, which corresponds to the set target of three per cent of the total revenue. The company’s Board of Representatives will decide how to appropriate profits in a meeting on February 25-26.

“In a rollercoaster year for the global dairy industry, Arla’s strong brands and focus on efficiency and cost control enabled us to make the most of the upturn and to be competitive through the downturn. The record-high performance price of 41.7 eurocent in 2014 confirms this, however it does not fully reflect the fact that the year ended with much lower milk prices than it began. Market conditions and the Russian embargo are making the financial situation difficult for our owners, but we have worked hard to minimise the effects by sticking to our strategy of creating growth outside Europe and strengthening our business across our European core markets,” said CEO of Arla Foods, Peder Tuborgh.

Arla posted its highest-ever revenue of €10.6 billio, with much of it attributable to organic growth of 6.7 per cent. Given the market situation, the strategic global brands – Arla, Lurpak and Castello – produced satisfactory results in 2014 with a total volume growth of 2.1 per cent.

“We are seeing growth for Arla’s strategic brands and our overall market shares in an otherwise stagnating or declining European dairy market. Throughout 2014 we have worked hard to move more milk into value-added brands, by enhancing our portfolio to our customers through further investment in innovation. Our grip on costs has never been more firm. Our owners gave us more milk in 2014, and we managed to absorb the extra volumes without increasing the share of sales to the less profitable commodity category, and we are ready to shift up to 500 million kilo of additional owners’ milk into value-added products in 2015,” said CFO Frederik Lotz.

While Arla continues to move more milk into branded products, the company says it is also working hard to move those branded products into new markets. Arla’s international operations and ingredients business had yet another strong year with growing opportunities.

“We saw 14 per cent growth in our international business despite the Russian embargo. There has been steady growth in China, and we have created growth of 20 per cent in the Middle East and Africa. In 2014 we have begun to enter new markets in Asia and Africa, and in 2015 we will continue to move into new markets where safe and high-quality dairy products are in growing demand,” said Lotz.

Although Denmark continues to be the country that supplies the most milk to Arla, the UK remains Arla’s biggest market by revenue followed by Sweden and Germany.

2014 showed that the global milk price is extremely volatile, the company said, and therefore Arla cannot announce any expectations for its revenue nor the performance price for 2015.

“The global dairy industry has never been as unpredictable as it is now, but we believe that our strategy is the right one to take us forward. We continue to rigidly streamline and control costs, while investing significant sums in marketing and new products. Arla’s ability to profitably handle larger milk volumes will define the success of the business in 2015. We will enhance the quality of our product range and our positions and stand strong when the market turns,” said Tuborgh.

The annual results were presented to Arla’s Board of Directors on Tuesday. They will now be submitted for approval to Arla’s Board of Representatives at a meeting in Nyborg, Denmark on February 25-26 2015, after which the Annual Report will be published.