DSM: omega-3 usage on the rise 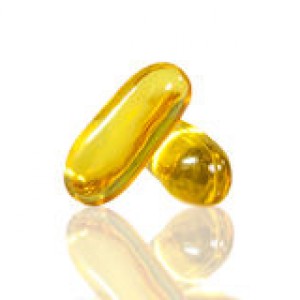 The number of people using omega-3 supplements has increased in certain European countries, according to a new study by DSM. The 2015 Global Consumer Usage & Attitude Study surveyed 11,000 shoppers across ten global markets, and provides detailed insights to enable brand owners to tailor product messaging and reach specific target groups. The results show that evidence of omega-3 use has increased by 4% in the UK and Germany and 8% in Russia, since a similar large-scale survey was conducted by DSM in 2012.

As part of the study, in-depth interviews were conducted with both existing and lapsed omega-3 users in the UK, Germany, Italy, Russia, the US, Brazil, Mexico, China, South Korea and Australia. The country with the highest proportion of users is Australia, where 38% of consumers regularly take omega-3 supplements. The study highlights that motivations for purchasing omega-3 vary considerably depending on factors such as age, gender, geography and attitudes to health and wellbeing, and demonstrates that a targeted approach must be taken in order to appeal to consumers in specific markets.

“The fast moving omega-3 category is highly competitive, and understanding consumer motivations is critical if brand differentiation is to be achieved,” said Brent MacDonald, Director, Global Business Development – Nutritional Lipids, DSM Nutritional Products. “By using the latest research, we can collaborate with our customers to identify nuances in shopper profile and behavior to best optimize the consumer experience and product offering across different markets. For example, Russian and Italian consumers tend to be more seasonal with their consumption patterns and associate omega-3 with health benefits such as overall health and cardiovascular health. In contrast, consumers in the UK are less seasonal with their consumption patterns and omega-3 is very closely associated with joint health.”

The study also questioned lapsed users to understand motivations for no longer taking omega-3. The findings show that there are a number of reasons why people decided to leave the category and the motivations vary greatly by country.

“Omega-3s provide important heart, brain and eye benefits and there are more than 25,000 studies to demonstrate the nutritional value that is offered at every life stage,” adds Brent MacDonald. “DSM plays an active role in educating consumers on essential nutrients, with our wide-ranging campaigns achieving a total of 1.3 billion global audience impressions last year.”

The 2015 Global Consumer Usage & Attitude Study is, says the company, part of DSM’s ongoing investment in being the world’s leading supplier of both marine and unique vegetarian based omega-3 ingredient solutions, and is just one example of how DSM provides added value to its customers.