Fonterra has announced what it describes as a stronger second half in difficult market conditions, with total sales volumes up 9% at 4.3 million metric tonnes, although revenues were down 15% to NZ$18.8 billion. Normalised EBIT was $974 million, up 94%, while net profit after tax was NZ$506 million, up 183%. Chairman John Wilson said […] 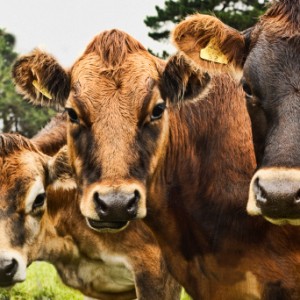 Fonterra has announced what it describes as a stronger second half in difficult market conditions, with total sales volumes up 9% at 4.3 million metric tonnes, although revenues were down 15% to NZ$18.8 billion. Normalised EBIT was $974 million, up 94%, while net profit after tax was NZ$506 million, up 183%.

“Falling global dairy prices due to a supply and demand imbalance impacted the Milk Price, while the dividend reflected higher funding costs following significant investment in capacity to support milk growth in New Zealand, essential investments in the key strategic market of China, and the costs of maintaining a higher Advance Rate through the season,” said Chairman John Wilson.

“The strengthening of performance in the second half resulted in normalised earnings before interest and tax almost doubling, with good growth in our consumer and foodservice businesses and the results of a major push in our ingredients business to offset low milk prices with improved margins.”

Wilson said that despite drought in some regions and floods late in the season, milk collection across New Zealand for the 2014/15 season to 31 May 2015 was 1,614 million kgMS, up two per cent on the previous season.

Chief Executive Theo Spierings said improved second half results in the 2015 financial year were driven by a strong focus on cash and costs.

“We focused on improving our sales mix, achieving more efficiencies, maximising our gross margins and achieving our strategic goals faster. Our efforts contributed to a second half rebound in our performance and profitability.”

Spierings said this year’s difficult market conditions were shaped by a rare combination of factors.

“Prices are often cyclical, but this year’s market is one of the most difficult I’ve known,” he said. “The global dairy industry has been hit simultaneously by geopolitical turmoil in the Middle East and Russia, Ebola in Africa, an economic slowdown in China and the sharp drop in oil and mineral prices. These events suppressed demand at a time when farmers all around the world had ramped up production in response to previous high prices. This resulted in an inevitable impact on pricing.”

“Looking ahead, this uncertainty means that world markets are likely to be difficult in the medium-term. However, we will be more than ready when the market turns.”

“That’s because we have thoroughly reviewed our execution of strategy, our processes and working practices to embed long-term change. We are focusing all our resources to make us faster, more efficient, and achieve sustainable results.”

The co-operative is lifting its forecast Farmgate Milk Price for the 2015/16 season to $4.60 per kgMS, an increase of 75 cents. It has also reduced its New Zealand forecast production volumes by at least five per cent compared with the previous season.

“Our track record this year in growing consumer and foodservice, along with our ingredients margins, make us confident in our forecast earnings per share range of 40-50 cents,” said Wilson.