Home Mintel: the future is ginger

Mintel: the future is ginger

According to a recent post by Jennifer Zegler, Global Food & Drink Analyst at Mintel, ginger is among the ingredients that are increasingly appearing in new products worldwide. In particular, ginger and ginger-derived ingredients (such as ginger juice or oil) as well as natural ginger flavours were included in more global drink formulations in 2014 […] 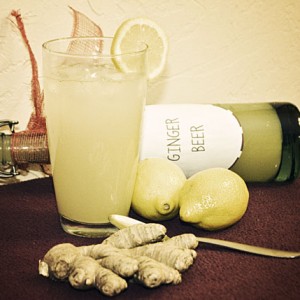 According to a recent post by Jennifer Zegler, Global Food & Drink Analyst at Mintel, ginger is among the ingredients that are increasingly appearing in new products worldwide. In particular, ginger and ginger-derived ingredients (such as ginger juice or oil) as well as natural ginger flavours were included in more global drink formulations in 2014 compared with 2010. For example, so far in 2015 12.7% of total carbonated soft drink launches in the UK contained ginger extract, compared to 3.3% in 2010. The root is used across beverage categories from hot beverages to alcoholic drinks, with innovations capitalizing on ginger’s complex natural flavours that can be sweet or spicy.

In addition to versatility in flavour, Zegler says that ginger is often used for functional benefits. In global tea launches, ginger is used in products that claim to have relaxation benefits. It is also used in juices with detoxification claims. Furthermore, the root is considered to offer digestive health and weight management benefits.

Ginger has traditionally been used in carbonated soft drinks (CSDs) in non-alcoholic ginger ale or beer. Yet, she says, as showcased by ginger’s frequent use in juice, the spice is also often combined with fruit flavours, which can make a carbonated soft drink more palatable for those who are not as accustomed to strong ginger flavours. Some use ginger as the accent flavour, while others round out a ginger-focused product with a hint of fruit flavour.

Ginger is part of a larger family of plant-based ingredients known as botanicals that are being featured in new drinks, notes Zegler. Much like ginger, the additional use of botanicals in CSDs reflects the popularity of the natural ingredients in other beverage categories, such as tea and juice drinks. Moreover, releases are keeping up with consumer interest because around four in 10 adults in Europe express interest in botanical CSDs, with  39% of Spanish consumers, 41% of UK consumers, 43% of French consumers, 45% of German consumers, 48% of Italian consumers and 52% of Polish consumers are interested in buying CSDs containing botanical extracts.

Interest in plant-based ingredients, such as elderflower and yerba mate, reflects a rising consumer demand for natural formulations, but also for less sweet products, Zegler claims. When considering their diet overall, more than half of Italian, Spanish, Polish, French and German adults are actively reducing their consumption of or avoiding sugary foods. Incorporating botanical ingredients can create more mature flavours that do not need to rely on sweetness for flavour.

Germany is the top global market for 2014 CSD introductions featuring major botanical ingredients. These releases may help manufacturers appeal to the divergent attitudes exhibited by German CSD consumers. Germans aged 45+, for example, are more likely than younger consumers to prefer CSDs that are not so sweet in taste. Yet, botanical flavoured CSDs also have potential to appeal to younger Germans who are more likely than older adults to report interest in CSDs with exotic or unusual flavours, such as elderflower.

Innovations that limit sugar, while offering interesting flavours, such as elderflower and woodruff, could keep consumers active in the category. Around two in 10 Germans are drinking fewer carbonated soft drinks in 2014 compared with 2013. Reduction of CSD consumption rises to one-third among adults ages 16-24.

Among the botanical options available in Germany is a new line under the Christinen brand from Teutoburger Mineralbrunnen that takes its flavours primarily from herbs and spices. Released in summer 2015, three of the four varieties have flavours focused solely on the botanicals rather than mixing herbs with fruit or other traditional flavours, such as vanilla. The line’s herb-focused varieties include: Organic Mint and Ginger; Organic Melissa and Verbena; and Organic Sage, Thyme, Chamomile and Hops. Each Christinen flavour is made from organic natural mineral water and sweetened with stevia.

Overall, as consumers scrutinise labels more frequently and thoroughly, demand for products made with identifiable ingredients, such as herbs, spices and other botanicals, likely will increase, Zegler concludes.