Strong crop yields, higher productivity and slower growth in global demand should contribute to a gradual decline in real prices for agricultural products over the coming decade, but nonetheless, prices will likely remain at levels above those in the early-2000s, according to the latest Agricultural Outlook report produced by the OECD and FAO. Lower oil prices will […] 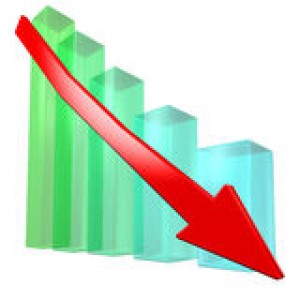 Strong crop yields, higher productivity and slower growth in global demand should contribute to a gradual decline in real prices for agricultural products over the coming decade, but nonetheless, prices will likely remain at levels above those in the early-2000s, according to the latest Agricultural Outlook report produced by the OECD and FAO.

Lower oil prices will contribute to lower food prices, by pushing energy and fertilizer costs down, and removing incentives for the production of first-generation biofuels made from food crops.

The OECD-FAO Agricultural Outlook 2015-2024 projects that agricultural trade will increase more slowly than in the previous decade, while its share of global production and consumption will be stable. The Outlook points to further concentration of agricultural commodity exports among a few exporting countries, coupled with a dispersion of imports over an ever-larger number of countries – trends that make it imperative to ensure the smooth functioning of international markets.

The growing role of a relatively small group of countries in supplying global markets with key commodities could increase market risks, including those associated with natural disasters or the use of disruptive trade measures.

Major changes in demand are expected in developing countries, where population growth, rising per capita incomes and urbanization will increase demand for food, according to the report. Rising incomes will prompt consumers to continue diversifying their diets, notably by increasing their consumption of animal protein relative to starches. As a result, the prices of meat and dairy products are expected to be high relative to crop prices. Among crops, the prices of coarse grains and oilseeds, used for animal feed, should rise relative to the prices of food staples.

“The outlook for global agriculture is calmer than it has been in recent years, but there is no room for complacency, as we cannot rule out the risk of new price spikes in the coming years,” said OECD Secretary-General Angel Gurría. “Governments should take advantage of the current conditions to concentrate on developing policies that raise productivity, boost innovation, better manage risk and ensure that robust agriculture systems benefit consumers and farmers alike.”

Calling the Outlook’s projection that developing countries are likely to continue to improve the caloric intake of their populations “good news,” FAO Director-General José Graziano Silva also noted that least-developed countries “remain significantly behind advanced economies; this is cause for concern, as it means hunger in these countries could persist.”

“And malnutrition is an issue: developing countries now have to face problems of overweight, obesity and other diet-related non-communicable diseases,” he added.

The build-up of high cereal stocks over the past two years, combined with low oil prices, should lead to a further weakening of cereal prices in the short term. Slowly rising production costs and sustained demand should strengthen prices again over the medium term.

Higher sugar demand in developing countries should help prices recover from low levels, leading to further investment in the sector. The market outcome will depend on the profitability of sugar versus ethanol in Brazil, the globe’s leading producer, and could remain volatile as a result of the sugar production cycle in some key Asian sugar-producing countries.

Meat output is expected to respond to an improvement in margins, with lower feed grain prices set to restore profitability to a sector that has been operating in an environment of particularly high and volatile feed costs for most of the past decade.

Worldwide fisheries production is projected to expand by almost 20 percent by 2024. Aquaculture is expected to surpass total capture fisheries in 2023.

Exports of dairy products are projected to further concentrate among four prime sources: New Zealand, the European Union, the United States and Australia, where opportunities for domestic demand growth are limited.

Cotton prices should be suppressed in the short term by the drawdown of large stocks in China, but they are projected to recover and stay relatively stable for the remainder of the outlook period. By 2024, both real and nominal prices are expected to remain below the levels reached in 2012-14.