Strong headwinds look set to impact the sugar industry, with abundant global sugar stocks continuing to weigh on world market prices, according to Rabobank’s Sugar Quarterly Q4. Although prices have been under pressure for some time, projections suggest that world production in 2014/15 will be little different from the previous year. “80% of global sugar […] 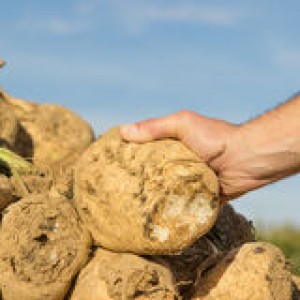 Strong headwinds look set to impact the sugar industry, with abundant global sugar stocks continuing to weigh on world market prices, according to Rabobank’s Sugar Quarterly Q4. Although prices have been under pressure for some time, projections suggest that world production in 2014/15 will be little different from the previous year.

“80% of global sugar production today comes from cane. Cane is a semi-perennial crop, meaning that if farmers don´t like the current cane price, it nevertheless takes them time to switch land out of cane into other crops. That is one reason for the slow response to low prices. Another reason is the diminishing incentive to switch to other crops, given that the prices of many other agricultural commodities are also falling along with sugar prices,” said Rabobank’s Andy Duff.

The principal driver of price developments has been the continued weight of global sugar stocks on the market, currently predicted to diminish only modestly over 2015. At this stage, it appears that global production in the 2014/15 international crop year has not responded significantly to low prices, though time remains for revisions to forecasts for important countries.

Other influences on price movements include the effect of the strong US dollar; pressuring international sugar prices, while also sustaining the value of world market sugar in local currency terms in key exporting countries, such as Brazil. In addition, developments in oil prices over the last three months have emerged as a new potential driver of prices in 2015.

India: Forecast sugar production was revised up to 25.5 million tonnes, as a result of increased planting, and favourable monsoon rains.

Mexico: Sugar production in 2014/15 stands at 6.2 million tonnes raw value. Some downside risks remain due to the wet autumn’s impact on yields.

Brazil: As the cane season draws to a close, Rabobank estimates Brazil’s 2015/16 crop as between 550 million to 580 million tonnes.

US: With a tight balance sheet, reduced beet crop and an ongoing trade dispute with Mexico, US sugar prices have risen significantly and are expected to remain firm.

Australia: Production should reach 4.6 million tonnes this year. Below-average rainfall forecasts and the potential of an El Nino event raises concerns for 2015.

Indonesia: Indonesian sugar refiners are nervous. At the time of writing, the government has yet to allocate import quotas for 2015. Meanwhile, domestic production lags rocketing local demand.

Thailand: The 2014/15 crop is not expected do well. Sugar production is projected to be around 12% lower than last year’s 11.9 million tonnes.

China: Yet another decline in sugar production level is expected to result in a 12% decrease in production versus the previous season.