Kenari is primed for debut in the EU’s 27 member states after decades of use in mostly eastern and northern Indonesian islands but under a shadow as logging and mining activity threaten the very kenari forests from which the nuts are sourced.

The co-founders of the Indonesian firm Kawanasi Sehat Dasacatur, which lodged the just-approved EU submission in 2020, told Ingredients Network that aside from opening important European markets, the novel foods approval bolstered its intensifying lobbying of sector stakeholders and the Indonesian government to protect some kenari old growth forests.

“It is central to Kawanasi’s business core that we support the protection of the wild forest,” Felix Kusmanto and Debby Amalia King said ahead of a meeting this month with Indonesian government officials about expanding kenari tree preservation.

“The novel foods approval helps build our case for sure so we are very excited about what it means for protecting Indonesian kenari growth areas – and growing our business. It’s all about building the ‘kenari army’.”

It cites use in cereals, bakery and confectionery products at a maximum of 15g per 100g; prepared dishes at 10g/100g as well as whole nut snack products.

Married couple Kusmanto and King began selling kenari nuts in Indonesia under via Kawanasi’s ‘East Forest Kenari Nut’ brand about six years ago. The firm has since expanded into Singapore, Japan, New Zealand and North America.

“We put a lot of work into this dossier […],” they said. “We emphasize this novel foods approval applies only to a few food categories which was our intention given the scale limitations of wild harvesting kenari at this time.”

“We intend to keep a balance between business development and preserving wild forest.”

They said wild harvesting kenari trees meant avoiding the mono-agriculture practices common in many other nuts, even if yields were lower.

Another firm in the kenari space is Indonesian/Hong Kong-based firm FairFlavor Foods, which at the beginning of 2022 debuted a brand of kenari-based gelato ice cream called Nth Wonder currently sold only via online retailers Shopee and Tokopedia in Indonesia.

Kawanasi’s novel foods approval does not include gelato – but FairFlavor Foods co-founder Marcelo Giannuzzi said his company was exploring options to bring its gelatos to the EU.

“The core of our technology is a gelato pre-mix you can send anywhere in the world without cold chain, which enables us to partner with gelaterias and co-packers from Rome to New York,” he said.

The kenari nut has a creamy, macadamia-like flavor and is suitable for formulation into many foods, as well as being consumed as a nut.

The dominant kenari geographical source is an eastern Indonesian island called Alor, with something like 16,000 tons of kenari produced there annually.

Using the kernel of the 3-6 centimeter ovoid fruit as a foodstuff is a relatively new occurrence, even in Indonesia, where kenari trees have been traditionally logged for timber.

Harvesting them for their fruit is providing a commercial reason to conserve kenari old growth areas and seeding plantations with kenari nut harvest typically possible within 7-10 years. 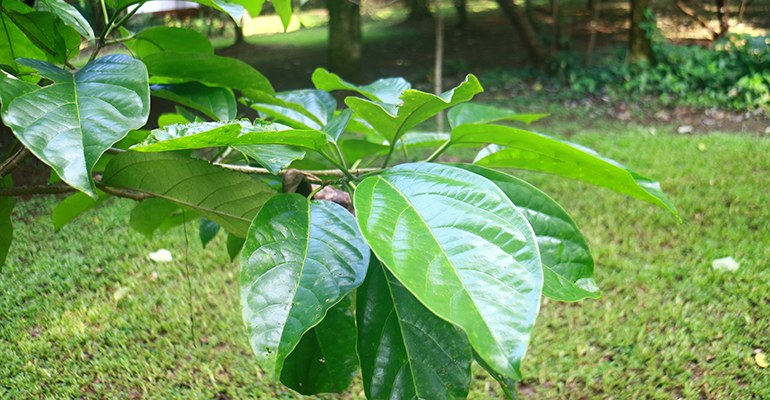 "This nut has huge potential to benefit smallholder farmers and give them income from their rainforest trees," the professor told the BBC. "If we could commercialize more wild nuts from the rainforest like kenari it will help to diversify our food systems, prevent carbon loss and preserve our rainforests."

Giannuzzi said, “by using a sustainable source for our gelato and with our kenari tree nursery reforestation project, we save trees and plant trees, it's that simple.”