Globally declining milk prices impacted Arla Foods and the entire dairy industry in the first half of 2015, creating a tough situation for Arla’s farmer-owners, the company has said. Mpting that it has managed to navigate through the hard-pressed world market relatively well by growing brand volumes and keeping a tight grip on costs. The […] 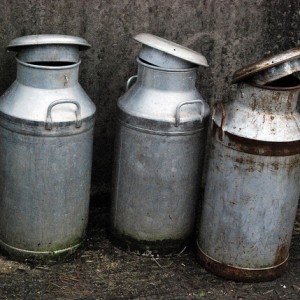 Globally declining milk prices impacted Arla Foods and the entire dairy industry in the first half of 2015, creating a tough situation for Arla’s farmer-owners, the company has said. Mpting that it has managed to navigate through the hard-pressed world market relatively well by growing brand volumes and keeping a tight grip on costs.

The global market prices have been under heavy pressure since last year as China’s import of commodity products turned stagnant and Russia introduced an embargo on EU dairy products. At the same time, European milk production has increased after the abolition of the EU milk quotas on April 1 and production has also gone up in New Zealand and the U.S.

Since the start of 2014 the global market commodity price for whole milk powder has dropped 53.1% and the current price levels were last seen in 2009. Consequently, the challenges in the first half of 2015 were expected, the company said: however, the global price levels have dropped to an unforeseen low.

“Our revenue is in line with expectations for the first half of 2015,” said Peder Tuborgh, CEO of Arla Foods. “We have mitigated the impact of the negative market by directing the increasing milk volumes into retail and branded products, consequently limiting the amount going into less profitable commodity products. We are doing everything we can to minimize the effects of the general global market situation, however it cannot change the fact that our farmer owners are in a tough situation right now,”

“2015 has proven to be a very challenging year indeed for dairy farmers – both in Arla and elsewhere,” said Åke Hantoft, chairman of Arla Foods. “The current earnings do not cover the costs of milk production, which is a heavy challenge for us farmers and our individual businesses. In the past year Arla has been working very actively to buffer the market situation without damaging our market positions. This proves that we have the right strategy, however no strategy can remove the current world market slump.”

Arla says that its long-standing focus on efficiency and cost control is among the actions to keep the company competitive.

“When times are challenging for our owners, it is essential that we keep a firm grip on our costs. For this reason we have reduced investments by 30 per cent and are continuing to streamline the organization vigorously and control costs. Our ambition is to achieve total savings from cost programmes of 330 million euro before the end of 2015 compared to 2012 – and we are on track to do so,” said Tuborgh.

The downturn of the global commodity market, the increasing milk volumes and a performance price under pressure all underline the importance of building strong brands and moving volumes into valuable retail positions, Arla believes.

During the first half of 2015, Arla has achieved a volume-driven revenue growth of the three global brands Arla, Lurpak and Castello of 2.4%.

“Even when our milk intake has increased by 7% we have managed to keep our industry trading sales share at 20-22 per cent while moving more milk into branded retail sales and food service. Lurpak is doing especially well, winning market shares and growing sales in key markets in Europe, Middle East, Latin America and beyond. We need to grow our three global brands significantly, as outlined in our strategy, and we are targeting volume-driven revenue growth of three to five per cent in 2015,” said Tuborgh.

The company says that an important part of Arla’s strategy is to accelerate growth outside its European core markets.

“With the exception of Russia that is still opting not to import quality products from the EU, our business in growth markets outside the EU is progressing according to plan. Our branded sales in China will double this year, and our volume-driven revenue growth in the Middle East and Africa of 15 per cent is strong and contributes to our international business being a highly profitable business group in Arla,” said Tuborgh.

“The global dairy market has rarely been as unpredictable as now, and unfortunately 2015 is proving to be as challenging as we anticipated. Our long-term view is that the market will turn again in the first half of next year, which is why we will stay focused on our strategic agenda,” said Tuborgh.