Blue Bell Creameries has begun its recovery from the disastrous listeria-driven product recall with the announcement that it has begun production at its facility in Broken Arrow, Oklahoma. “We are pleased to be producing ice cream in Broken Arrow,” said Blue Bell CEO and President Paul Kruse.  “We are humbled by the incredible customer loyalty […] 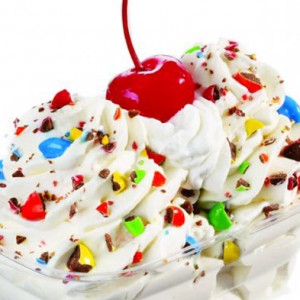 Blue Bell Creameries has begun its recovery from the disastrous listeria-driven product recall with the announcement that it has begun production at its facility in Broken Arrow, Oklahoma.

“We are pleased to be producing ice cream in Broken Arrow,” said Blue Bell CEO and President Paul Kruse.  “We are humbled by the incredible customer loyalty we have seen, and we thank our customers for their continued patience as we work through the process of resuming production and getting back into stores.”

Production at the Broken Arrow plant will be on a limited basis as the company seeks to confirm that new procedures, facility enhancements, and employee training have been effective.  Ice cream will be tested and released for sale only after tests show it is safe.

There is no firm date for when ice cream from the Broken Arrow facility will be available for sale.

“We have been working diligently to prepare the Broken Arrow facility to resume production and, based on our experience at our Sylacauga, Ala., plant, we anticipate that our new procedures and enhancements will also be effective in Oklahoma,” said Greg Bridges, vice president of operations for Blue Bell.

The Blue Bell production facility in Alabama began producing ice cream in late July and, after several weeks of building inventory, the company began distributing products in Austin, Brenham, and Houston, Texas, and in Birmingham and Montgomery, Alabama. The main Blue Bell plant in Brenham, Texas, is still undergoing upgrades similar to those made in Alabama and Oklahoma.

“We are excited to begin producing ice cream in a second facility to better meet the demand of consumers,” Bridges said, ”and we are extremely grateful for the incredible patience and loyalty our customers have shown to Blue Bell.”

The company had earlier announced that stores had begun to stock Blue Bell ice cream again.

“We are excited to announce that we have begun filling stores with our products,” said Ricky Dickson, vice president of sales and marketing for Blue Bell. “It could take more than a week to get everyone stocked with ice cream and some locations could sell out quickly. But, we will be stocking and restocking as quickly as we can.”

Blue Bell is currently in phase one of its five phase return plan. This initial phase includes the Austin, Brenham and Houston, Texas, areas as well as Birmingham and Montgomery, Alabama. Additional cities will be added based on product availability and when Blue Bell can properly service customers in an area.

“We greatly appreciate everyone’s patience and support over the past several months,” Dickson said. “This will be a slow process and it will take some time to get back to full speed.”

Last week Blue Bell unveiled the four flavours that will be available in stores: Dutch Chocolate, Cookies ’n Cream, Homemade Vanilla and The Great Divide. More products will be added over the next several weeks.