Titanium dioxide (TiO2) is a white powder made up of small particles that is used a food additive to whiten or brighten foods.

The ingredient has been under growing scrutiny from food safety agencies around the world in recent years, after analyses of food-grade TiO2 samples found a significant portion of particles may be within the nanoscale. These nanoparticles, which range in size from 1 to 100 nm, are believed to have unique physical and chemical properties which may cause them to interact with living systems differently than larger materials with the same chemical composition (also known as bulk materials).

Last year, an expert panel of the European Food Safety Authority (EFSA) looked at the safety of TiO2, taking toxicity studies of TiO2 nanoparticles – which until then had not been considered relevant to the safety assessment of TiO2 as a food additive – into account.

While the EFSA panel did not identify an immediate health concern linked to TiO2 when used as a food additive, it did report uncertainties concerning the safety of TiO2 nanoparticles, which led the safety panel to conclude that TiO2 as a food additive – known as E171 in Europe – could no longer be considered safe.

The EFSA report highlighted the potential of TiO2 to directly damage DNA and genetic material inside cells – known as genotoxic effects – as a significant reason for the decision to move it to the list of food ingredients no longer considered safe.

The EU ban came into force at the beginning of 2022 and manufacturers were given six months to comply.

Canada concludes there is ‘no concern’

While the conclusions of the EFSA panel were considered in the new Health Canada report, it noted that its Food Directorate conducted its own comprehensive review of the available science – including evaluating new scientific data that addressed some of the uncertainties identified by the EU expert panel and were not available at the time of their review.

“Many studies that raised concern about the safety of TiO2, including the concern for genotoxicity, used forms of TiO2 that are not considered acceptable for use in food and have different properties than food-grade TiO2. Other studies did use food-grade TiO2 but took steps to break the material down into smaller particles than what would normally be found in food,” said the report.

“The evidence also suggests that the toxicity of TiO2 particles may be reduced when eaten as part of the diet,” it noted. “This is because proteins and other molecules in a person’s diet can bind to the TiO2 particles. This binding alters the physical and chemical properties of the particles, which influences how they interact with cells, tissues and organs.” 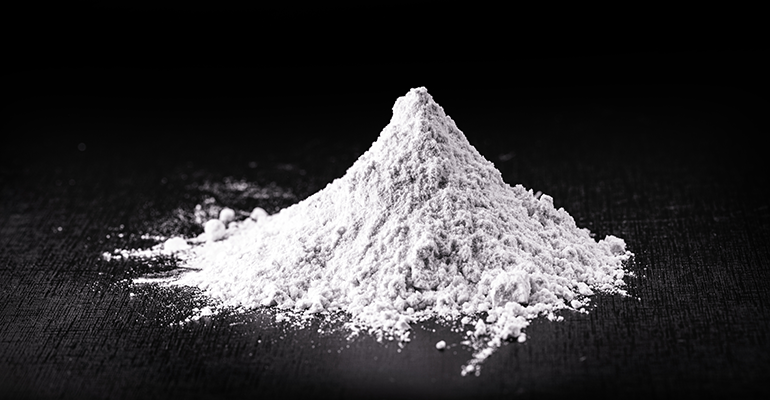 The Health Canada review concluded that there was no evidence of cancer or other adverse effects in mice and rats exposed to high concentrations of food-grade TiO2 (including in long-term or lifetime studies), that no changes to DNA in various animal studies had been seen, and that there were no adverse effects on reproduction, development, immune, gastrointestinal or nervous systems, or general health when rats were exposed from pre-conception to adulthood.

“The Food Directorate's position is that there is no conclusive scientific evidence that the food additive TiO2 is a concern for human health,” said Health Canada.

“This is based on a review of the available scientific data relevant to food uses of TiO2. However, we will continue to monitor the emerging science on the safety of TiO2 as a food additive and may revisit our position if new scientific information becomes available.”

Commenting on the report, the Titanium Dioxide Manufacturers Association (TDMA) said it welcomes the position of Health Canada, noting that Canada is the second country to assess the safety of TiO2 after the 2021 EFSA report led to an EU ban – with both the UK and Canada concluding the ingredient is safe.

“We are pleased that the comprehensive review by Health Canada confirms that TiO2 is safe when used in food,” commented Dr David Lockley, chair of TDMA’s Scientific Taskforce.

“The state of the science report highlights a need for the EU Authorities to ask for an update of the EFSA’s opinion on E171 to ensure that the EU’s position is based on all available data,” he said, adding that the TDMA is now calling for the European Commission to trigger a critical re-examination of the EFSA 2021 opinion that considers both the Health Canada and the UK FSA conclusions.