Following a comprehensive review, EFSA has published its scientific opinion on acrylamide in food. Experts from EFSA’s Panel on Contaminants in the Food Chain (CONTAM) have reconfirmed previous evaluations that acrylamide in food potentially increases the risk of developing cancer for consumers in all age groups. This conclusion has not changed since the draft opinion […] 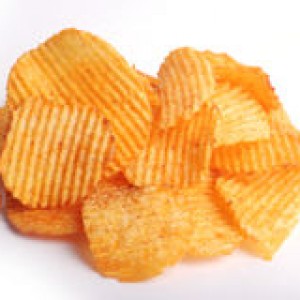 Following a comprehensive review, EFSA has published its scientific opinion on acrylamide in food. Experts from EFSA’s Panel on Contaminants in the Food Chain (CONTAM) have reconfirmed previous evaluations that acrylamide in food potentially increases the risk of developing cancer for consumers in all age groups. This conclusion has not changed since the draft opinion was made available for an open public consultation in July 2014.

Evidence from animal studies shows that acrylamide and its metabolite glycidamide are genotoxic and carcinogenic: they damage DNA and cause cancer. Evidence from human studies that dietary exposure to acrylamide causes cancer is currently limited and inconclusive.

Since acrylamide is present in a wide range of everyday foods, this health concern applies to all consumers but children are the most exposed age group on a body weight basis. The most important food groups contributing to acrylamide exposure are fried potato products, coffee, biscuits, crackers, crisp bread and soft bread.

The Chair of the CONTAM Panel, Dr Diane Benford said: “The public consultation helped us to fine-tune the scientific opinion. In particular, we have further clarified our evaluation of studies on the effects of acrylamide in humans and our description of the main food sources of acrylamide for consumers. Also, recent studies that we became aware of during the public consultation phase have been integrated into the final scientific opinion.”

Acrylamide is a chemical that naturally forms in starchy food products during every-day high-temperature cooking (frying, baking, roasting and also industrial processing, at +120°C and low moisture). The main chemical process that causes this is known as the Maillard Reaction; it is the same reaction that ‘browns’ food and affects its taste. Acrylamide forms from sugars and amino acids (mainly one called asparagine) that are naturally present in many foods. Acrylamide also has many non-food industrial uses. It is also present in tobacco smoke.

Following ingestion, acrylamide is absorbed from the gastrointestinal tract, distributed to all organs and extensively metabolised. Glycidamide is one of the main metabolites resulting from this process and the most likely cause of the gene mutations and tumours seen in animal studies.

Besides cancer, the Panel also considered possible harmful effects of acrylamide on the nervous system, pre- and post-natal development and male reproduction. These effects were not considered to be a concern, based on current levels of dietary exposure.

Although not the focus of EFSA’s risk assessment, the scientific opinion includes an overview of data and literature summarising how the choice of ingredients, the storage method and the temperature at which food is cooked can influence the amount of acrylamide in different food types and therefore the level of dietary exposure.

EFSA’s scientific advice will inform EU and national decision-makers when weighing up possible measures for further reducing consumer exposure to acrylamide in food. These may include, for example, advice on eating habits and home-cooking, or controls on commercial food production; however, EFSA plays no direct role in deciding such measures.