Bread is a fundamental part of British people’s diet, notes Euromonitor packaged food analyst Pinar Hosafci. According to the Flavour Advisory Bureau, she points out, over 99% of UK households purchase bread. However, they are buying nowhere near as much as they used to. As Euromonitor International’s preliminary research reveals, UK bread sales have fallen by 5% […] 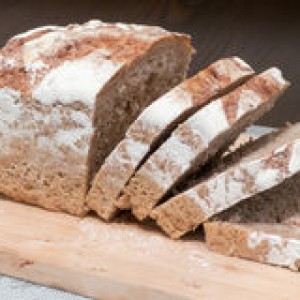 Bread is a fundamental part of British people’s diet, notes Euromonitor packaged food analyst Pinar Hosafci. According to the Flavour Advisory Bureau, she points out, over 99% of UK households purchase bread. However, they are buying nowhere near as much as they used to. As Euromonitor International’s preliminary research reveals, UK bread sales have fallen by 5% in value terms over 2014 and are forecast to decline by a further 4% by the end of 2015. Asda, one of the nation’s biggest supermarkets, reported earlier in July that it has been losing £500,000 in bread sales per week (equivalent to five million loaves) despite investing in product reformulation and refreshing its bread aisles. This is worrisome news not only for the retailer, whose bread revenue accounts for 45% of its bakery turnover, but for all manufacturers of packaged bread, the sales of which have declined by 8% in 2014, the biggest dip the category has seen over the last decade. With anti-carb and anti-gluten movements gaining traction in the UK – and other developed markets – is bread entering a period of terminal decline?

Soggy sales of packaged bread have eaten into the revenues (and profitability) of companies, such as Warburtons, Hovis and Allied Bakeries, Hosafci says. In 2014, these three players, which command 60% of packaged bread in the UK, have seen their company sales crash £148 million. With value sales falling faster than volume, the slump has been driven by the sharp decline in retail prices, which has taken 15p off the average price of a loaf of bread. The bread category has seen successive price cuts and promotions across the UK’s key retailers in 2014, intensifying in 2015. In April 2015, Tesco, the UK’s biggest supermarket chain, cut the price of an 800g wholemeal loaf from 90p to 75p, while Asda has reduced the price of its private label wholemeal loaf from 85p to 79p and introduced the Smart Price loaf for 40p a loaf.

As retailers consolidate ranges, bread manufacturers have also been hit with de-listings. Seven of Hovis’s biggest-selling SKUs were dropped by Asda in late 2014, Hosafci points out, while Kingsmill’s woes have been compounded by Tesco delisting all its branded bread in March 2015 as the manufacturer refused to comply with Tesco’s aggressive price-cutting policy. As a result of the de-listing, Allied Bakeries has rolled out “a new outlook” for Kingsmill, involving a revamped logo and changing the name of its two products: Oatalicious became Oaty White while Crusts Away became No Crusts. This change must have boded well for the brand, Hosafci says, as both No Crusts and 50/50 went back on sale in the majority of Tesco stores earlier in July.

In order to reinvigorate packaged bread sales, producers (as well as retailers) are turning to innovation.  Notable product innovations of 2015 include cat and van shaped sandwich thins by Warburtons, which retail at £1.28 for pack of six, Great White by Kingsmill, which received the first prize in the Product of the Year competition upon positive consumer feedback that it has the texture and taste of a white loaf but contains as much fibre as wholemeal. In order to improve its brand equity, Warburtons has even partnered with kitchen equipment manufacturer Breville to create a custom fit toaster to fit its Toastie bread.

While sandwich thins and wholemeal are both in fashion with the value share of wholemeal bread hinging on 16% in 2015, and may help increase frequency among existing buyers and/or re-attract new shoppers to the category, bread consumers are not particularly attentive to new product launches and innovation in the industry. While, according to the Flavour Advisory Bureau, there are over 200 types of bread on sale in the UK, 76% of bread sold tends to be white bread. This, combined with a small number of well-established brands, is indicative of the high degree of inertia in the market, with no fundamental changes in buying or consumption habits.

Another path of innovation manufacturers are pursuing is joining the gluten-free movement, Hosafci says. Increasingly more consumers are buying into the gluten-free trend, not necessarily because they are suffering from coeliac disease, but because it is has achieved a bit of a “health halo” status. The publicity around a lower carbohydrate diet, celebrity influence and manufacturers’ knowledge that they can charge a premium for gluten-free products has all garnered interest. Even The Great British Bake Off recently devoted its quarter final to free-from cakes and loaves. All of these factors have combined to play a large role in the success of gluten-free bread, which is forecast to grow 25% to reach £102 million in 2015. While this is an impressive rate and gives some hope for the category, it is unlikely to solve bread manufacturers’ existing woes, believes Hosafci. Gluten-free bread accounts for only 3% of total bread sales while boasting four times the unit price of an average loaf.  As long as these high prices persist, it is naïve to assume that gluten-free alone will reverse bread’s overall decline.

Packaged bread is no longer the ultimate staple of British consumers, concludes Hosafci. The shift towards higher protein products and lower carbohydrates, along with revival of fresh artisan variants, poses a growing problem for packaged bread manufacturers, which are battling out for retailer space and consumer expenditure. While innovations like sandwich thins, wraps and gluten-free might help to reinvigorate some of the foregone sales, searching for outside investors, notably private equity is perhaps the best solution for a timely recovery of companies’ profits, she says.