FMC has announced that the FAO/WHO Joint Expert Committee on Food Additives (JECFA) released its full technical report, including a monograph regarding the safety of carrageenan in infant formula, and concluded that the use of carrageenan in infant formula was ‘not of concern’. JECFA is a committee formed by Food and Agriculture Organization (FAO) and the World Health […] 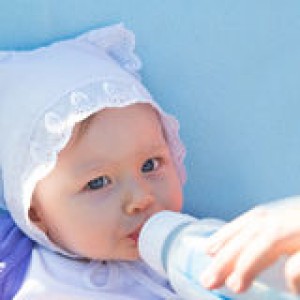 JECFA is a committee formed by Food and Agriculture Organization (FAO) and the World Health Organization (WHO) of the United Nations and is one of the most respected independent review panels in the world. Its conclusion is one of the most important testimonials that can be given to a food additive and its reviews carry significant weight in global regulatory decisions on food additives.

In its monograph on carrageenan JECFA said that it had considered a toxicological dossier on carrageenan (Republic of the Philippines 2013) and a commentary on studies published by an academic research laboratory (Tobacman 2013).

In addition, JECFA conducted its own literature search regarding signalling pathways to inflammation and 77 references found through a search of the PubMed database of the United States National Library of Medicine.

In compiling its report, FMC notes that JECFA placed significant weight on new research related to the safety of carrageenan, particularly a feeding study of neonatal piglets.

JECFA said, in part, “The Committee noted that although the MOEs (margins of exposure) are small in magnitude, they are derived from a neonatal pig study in which the highest dose tested was without adverse effects on the gut or on immune parameters. These new studies allay the earlier concerns that carrageenan, which is unlikely to be absorbed, may have a direct effect on the immature gut. The Committee also took account of the previous toxicological database on carrageenan, which did not indicate other toxicological concerns.”

“JECFA and other review panels and international regulatory agencies have long recognized the safety of carrageenan in adults,” said Dr. Roger A. Clemens, Food Science Matters advisory council member. “This conclusion that carrageenan is safe in infant formula should further dispel consumer concerns over an additive that has a long history of safe use.”

JECFA acknowledged that much of the early research was conducted using ‘degraded carrageenan,’ an inflammatory substance now identified as ‘poligeenan’. JECFA also noted animal studies in which it was demonstrated that carrageenan injected into confined spaces in an animal’s body, such as the rat hind paw, pleural space, or peritoneal cavity can cause an inflammatory response. However, JECFA found that this type of testing and the local inflammation it induces, is not relevant to carrageenan use in foods.

Validating the quality of the test material and testing methodology is a primary element of research conducted under GLP, including the piglet and in vitro study reviewed by JECFA.

“It is unfortunate that research conducted under Good Laboratory Practices that appears in peer-reviewed journals is often discarded by consumer information sources in favour of substandard work that makes unwarranted claims about human health hazards,” said Clemens. “Thorough reviews by independent organizations like JECFA should aid us in evaluating relevant food additive science.”

Carrageenan in its raw, red seaweed form, sometimes called ‘Irish Moss,’ has been used as a food stabilizer for hundreds of years in or by different cultures around the world, FMC points out. In the U.S., the food additive carrageenan is often used in dairy products and is an approved additive commonly used in kosher, halal and foods certified as ‘organic’.