Givaudan has said that it aims to outperform the market and deliver a continued strong free cash flow over the next five years. The company said its ambitions are to achieve average organic sales growth of 4 – 5%, in close partnership with its customers; average free cash flow of 12 – 17% of sale1, with an increased focus […] 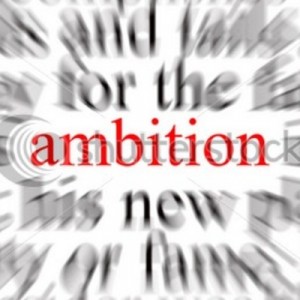 Givaudan has said that it aims to outperform the market and deliver a continued strong free cash flow over the next five years.

The company said its ambitions are to achieve average organic sales growth of 4 – 5%, in close partnership with its customers; average free cash flow of 12 – 17% of sale1, with an increased focus on operational excellence; and responsible growth, by decoupling growth and environmental impact through ambitious new eco-efficiency targets.

“We intend to create further shareholder value through profitable growth and acquisitions. In order to create long-term value, we will capitalise on our market leadership, and most importantly, continue to build close partnerships with our customers,” said Givaudan Chief Executive Officer Gilles Andrier. “Over the next five years, we aim for continued ambitious financial targets with an average of between 4 and 5% organic sales growth and an average free cash flow between 12 and 17% of sales.”

Givaudan said that its success over the next five years will be rooted in its three-pillar roadmap to create responsible growth and shared success:

Givaudan emphasises its strong commitment to keeping customers at the heart of its business. To best accompany customers in their growth and desire to market brands consumers love, the Company will leverage its knowledge of local, regional and global markets and consumer preferences together with its unique development capabilities.

With a shift in global consumer purchasing power to countries like China and India, Givaudan will further expand its strong position within high growth markets. The Company will also capture growth fromconsumer preferred products, especially in categories and markets where evolving preferences present further opportunities. With the global population growing older and obesity rates on the rise, solutions that address the consumer demand for health and well-being products to target signs of ageing and support a more active, healthier and balanced lifestyle will continue to be a priority. Finally, Givaudan will look beyond its core flavours and fragrances to integrated solutions that enhance the Company’s value proposition to customers and create new avenues for growth.

Givaudan targets to create incremental value through acquisitions in the areas of integrated solutions for food and beverages, as well as health and well-being, which also includes active cosmetic ingredients.

Givaudan says it embraces a mindset of excellence and incorporates this into all of its products, services and business processes to deliver a superior customer experience.

“We will drive both a deep customer focus and further efficiency improvements throughout the organisation to strengthen our value proposition while controlling our costs,” said Matthias Währen, Chief Financial Officer. “The company remains committed to returning a significant portion of its free cash flow to shareholders and maintaining our current dividend practice over the next five years.”

The company says it strives to become the ‘partner of choice’, creating shared success for the company and its key stakeholders, and that it will continue its industry-leading investment into innovation, increasing its network of strategic partners and expanding its bioscience capabilities. According to Givaudan, it will significantly invest into its talent and foster a great place to work where employees can impact their world and contribute to the success of the Company. In collaboration with suppliers, Givaudan will further enhance its responsible sourcing whilst optimally managing its supply risk and cost to deliver the best palette of ingredients for its creations. Finally, Givaudan also says that it embraces its responsibility to minimise its impact on the environment while strengthening the social and economic fabric of the communities within which it operates.

In 2010, Givaudan set itself eco-efficiency targets for 2020 which it says it will achieve ahead of schedule for energy, waste and CO2. Therefore, Givaudan has announced a strengthening of its 2020 eco-efficiency targets to reflect the company’s ambition to decouple growth and environmental impact. Givaudan aims to stabilise environmental impact while increasing production volumes. To achieve this, Givaudan will implement initiatives that will reduce its annual CO2 footprint by at least 4% of the absolute CO2 footprint of the previous year. In addition, the company says it will reduce its waste production and energy consumption per tonne of product by 4% each year as compared to the previous year. Finally, Givaudan reiterated its commitment to reducing water usage by 15% per tonne of product between 2010 and 2020.