Global hunger and food insecurity are rising. Since the pandemic kicked off in 2020, the number of severely food-insecure people has doubled to over 232 million. And it does not stop there. This number is growing and by year-end will have reached 276 million, the UN’s World Food Programme (WFP) predicts.

The Russo-Ukrainian conflict is only exacerbating this, creating considerable short-term instability, and threatening the resilience of the global food system. Seven months into the war, certain consequences are already clear: global prices of agricultural and food commodities have soared, exports from Russia and Ukraine have slowed, future harvests rest in the balance, and the worst affected countries are struggling to adequately feed their people.

The war has exposed pain points in the food system transition and has significantly impacted the food value chain, Harry Smit, senior analyst, Farm Inputs team at RaboResearch pointed out at F&A Next 2022.

What truths has this crisis brought to light about the global food system and what steps must industry stakeholders take moving forward?

Technology is revolutionising the agriculture industry

One of the oldest existing industries, the agriculture sector has radically transformed over the past half decade. Advances in agricultural processes and machinery have vastly broadened the amount of land we can cultivate, at much faster speeds and greater yields.

Today, technology is disrupting the agriculture industry and pushing it into another revolution, which could see new processes further expanding the speed, scale, and productivity of farms. If connectivity is successful, the industry could bring in an additional $500 billion to the global GDP by 2030, McKinsey research shows.

According to Smit, as technology continues to progress, the agriculture industry will advance further and eventually provide solutions to problems affecting the global food chain. “Today’s transition has to provide benefits, not only to the operator, but also has to meet broader societal goals,” he said.

Ukraine and Russia account for 29% of global wheat exports and 62% of sunflower oil, according to estimates by the World Bank. Around 35% of the world’s population relies on wheat as the primary staple in their diet. As of March 2022, the price of wheat on global markets had risen 50% compared to the previous month, and almost 80% compared to the same time last year.

It is no surprise then that the impact of the war on the food value chain has already been felt across the globe, from smallholder farmers in conflicted areas to large multinational manufacturers and suppliers.

A top three global exporter of gas and oil, Russia is also a core player in global energy markets. The conflict has led to rises in the prices of natural gas from around €20 to €100 per megawatt, a tripling of the price of phosphates and phosphides, and a doubling of the price of rapeseed, Smit explained.

This, along with cost-price inflation and the higher cost of agri-commodities has placed unrivalled pressure on the food value chain. 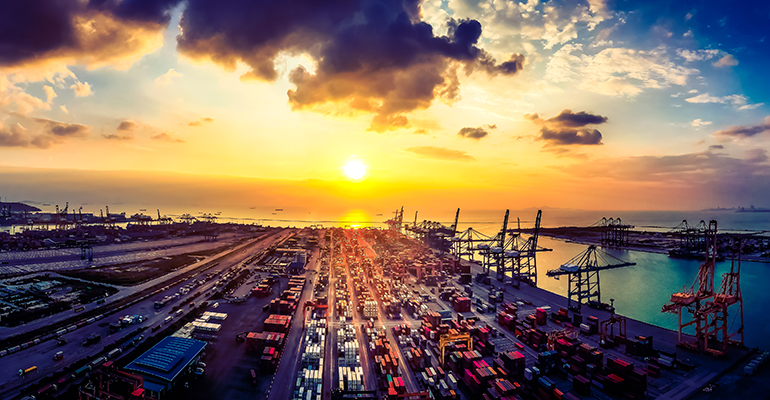 Could the crisis benefit the global food value chain?

The Ukraine crisis has revealed cracks in global supply chains which have in some parts accelerated, and in others stalled the food value chain transition. Looking at consumption patterns for example, increases in the prices of products and ingredients has caused the price of resource intensive products to rise significantly. While negative for the consumer, this change may help farmers to shift less resource intensive products.

A similar counterbalance may be found when it comes to food production. “Moving towards a tripolar world will put pressure on the optimization of resources but may also help to create a more circular system overall,” Smit said.

While for global supply chains, the hope is that the war will foster a growing interest in securing supply and nurturing cooperation and longer-term relationships moving forward, which previously have provided the basis for more collaborative and efficient supply chains.

“[The world] requires a future proof food system which is resilient, feeds the world sustainably, and is inclusive,” Smit said.

How can we build a resilient and sustainable food system?

The question of how we get to that point is an important one. According to Smit, the answers can be found in developing better technology, making more informed decisions, and fostering innovation.

When it comes to technology in the agriculture space, Smit believes that more resource efficiency is needed to increase productivity per nutrient or square metre. Processes and machinery that are energy intensive and stimulate demand for fossil fuels should be replaced by more sustainable, efficient means such as precision agriculture and other alternative crop technologies.

While better decisions mean those which are “more granular … more dynamic … and of a broader scope, both in terms of the optimization of yields and other societal goals,” Smit said.

“By using more technology and incorporating changing variables that are external to agricultural practices, such as the price of certain goods [in the agriculture industry], we can do much more, in a more efficient way. To do this, we need more data. [This means] farmers may have to give up some autonomy and trust the decision-making abilities of new technologies.”