In a recent blog post, Mintel Global Food Analyst Gwen Crothers notes that Peru is home to many foods found nowhere else on the planet, many of which are notable in their content of potent nutrients, making them so-called superfoods. Amongst the many superfoods derived from Peru is the tropical fruit lucuma. The fruit contains […] 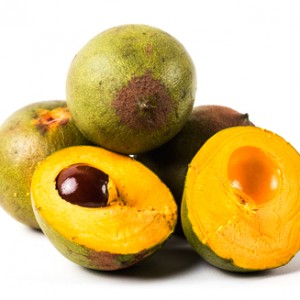 In a recent blog post, Mintel Global Food Analyst Gwen Crothers notes that Peru is home to many foods found nowhere else on the planet, many of which are notable in their content of potent nutrients, making them so-called superfoods.

Amongst the many superfoods derived from Peru is the tropical fruit lucuma. The fruit contains flavour notes of caramel, pumpkin and maple and is currently the most popular ice cream flavour in Peru, Crothers notes, pointing out that lucuma is a great source of antioxidants, fibre, vitamins and minerals, especially beta-carotene and other B vitamins.

To add to its impressive repertoire of benefits, Crothers says that studies have shown lucuma to significantly increase the rate wounds heal by promoting tissue regeneration. It also has anti-ageing effects on human skin. Lucuma was also used throughout the centuries to support cardiovascular health. Not only this, lucuma may also support normal blood sugar which can provide additional nutritional support for those with type II diabetes, Crothers continues. These results point to the excellent potential of Peruvian fruits as food-based strategies for blood sugar and blood pressure issues.

Crothers notes that an unusual advantage of lucuma is that the fruit, when ripe, can be dried and milled into flour that is easily stored. The whole fruit powder is versatile and tasty, blending easily with ice-creams, baby foods, yogurts, pies, cakes, cookies, smoothies, chocolate bars and desserts. Dried fruits act as natural sweeteners in sweet foods. Despite its natural sweetness lucuma has a low glycaemic index, meaning it has fewer calories than traditional sweeteners. The rich antioxidant content of lucuma powder makes it a natural organic sweetener that is suitable for diabetics.

Although lucuma is a unique fruit grown sub-tropically in Peru, Crothers points out that Europe leads in the launch of food and drink products containing this superfood. Europe accounted for a third of all the food and drink launches containing lucuma in August 2012 to July 2013, and has steadily increased its foothold to become the top regional user of the superfood with a 63% share in the year ending July 2015.

Outside of chocolate, lucuma is also used in snacks, for example Navitas Power Snacks Coffee Cacao Energising Mocha Snack, launched in the US in the summer of this year. It is also used in ice cream, such as featured in Gelato’s Lucuma & Dulce de Leche Artisan-Made Ice Cream, launched in Chile in this summer, and as a sugar substitute in baking – for example Govinda Lucuma Powder, launched in Germany in March 2015.

The most prominent claims for these products are that they are of organic origin, believes Crothers, suitable for vegans, contain no animal ingredients, have low/no/reduced allergens and are suitable for people who require a gluten free diet.

As the benefits of lucuma continue to be publicised, Crothers expects that a wider range of food products will incorporate the ingredient and make claims related to its healing and functional health properties.