A survey conducted by Mintel has found, among other things, that over half of US consumers think organic labelling is an excuse to charge more. According to the company, Americans appear confused about the benefits of organics, with many perceiving the organic label as nothing more than an excuse to sell products at a premium. Overall, […] 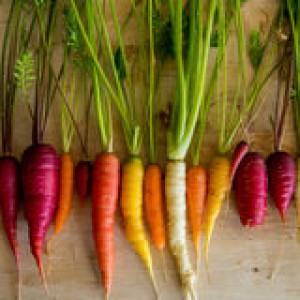 A survey conducted by Mintel has found, among other things, that over half of US consumers think organic labelling is an excuse to charge more.

According to the company, Americans appear confused about the benefits of organics, with many perceiving the organic label as nothing more than an excuse to sell products at a premium. Overall, the biggest selling point for organics is the perception that the products are healthier (72%), much more so than any environmental or ethical reason. In fact, only 29% of consumers recognise that organic products are highly regulated, and 51% agree that labelling something as organic is an excuse to charge more. While sales of organic products are on the rise, actual consumer penetration has plateaued.

Overall, 72% of US consumers purchase organic food and/or beverages for health or nutrition reasons, while slightly fewer (69%) factor environmental or ethical reasons in their purchase decision. When looking specifically at female shoppers, this consumer group appears to choose products that avoid certain characteristics: 43% purchase them because they do not contain unnecessary ingredients or chemicals, and the same percentage do so to avoid food made with pesticides. However, the biggest selling point for organics – to both men and women – is the perception that the products are healthier. So much so that 73% of women and 71% of men purchase organics for health and nutrition reasons. Those numbers fall to 31% of women and 29% of men who purchase organics because they are less processed than their non-organic counterparts, and 20% of women and 16% of men purchase organics because organic companies treat animals more ethically.

Generation X (51%) and the Swing Generation (57%) in particular regard an organic label as a premium price tag. The distrust many Americans have of organic food and drinks extends beyond issues with the price. Only 39% of Gen X trust that organic-labelled products are actually organic. This number decreases to 35% of Swing Generation consumers. Furthermore, only four in 10 Millennials (40%), the demographic that most supports organics, recognise that organic products are highly regulated. More than a third of all consumers (38%) regard organic as a marketing term with no real value or definition.

“Our research finds half of consumers say labeling something as organic is an excuse to charge more. Considering the typically higher cost of organic foods and beverages, consumers are increasingly hard pressed to justify the added expense,” said Billy Roberts, Senior Food and Drink Analyst at Mintel. “As such, sales have hit something of a plateau, where they likely will remain until consumers have a clear reason to turn to organics. This could come in the form of a growing number of lower-cost organic options, bringing a new degree of competition to the category.”

Whether due to a lack of availability, the increased price, or simply a lack of desire for organics’ perceived attributes, organic food and beverages clearly have room to grow, Mintel believes, as only a third of consumers (33%) indicate they purchased a food or beverage labelled as organic within the last three months. However, organics consumption is greatest among the younger generations with nearly half of Millennials (49%) choosing organic for at least half of their food/beverage purchases, a drastic comparison to the 43% of Gen X, 51% of Baby Boomers, and 58% of the Swing Generation who consume no organic products. Additionally, more than half of Millennials (51%) indicate they feel better about themselves when they purchase organic products, a factor that declines notably among older generations, to less than a quarter of Baby Boomers (24%).

While nearly three in five Millennials indicate they purchased an organic food or drink in the last three months, purchase rates drop dramatically among Baby Boomers and older consumers. Millennials are significantly more likely to purchase high volumes of organics: 20% indicate that organics comprise at least three quarters of their total food/beverage purchase. Baby Boomers and the Swing Generation, however, are much less likely to purchase high volumes of organics. In fact, organics comprise significantly lower portions of those consumers’ food and beverage purchases (just six% and two% respectively).

Mintel’s research also reveals that consumers aren’t just asking where grocery products are made or what additives they contain, but they’re also questioning whether their price tags are justified.

“Consumers are confused when shopping for organics due to the large selection, confusion over natural versus organic claims, and limited regulation of the term ‘natural.’ Our research shows that only 29% of shoppers recognize that organic foods and beverages are highly regulated, and an even greater percentage (38%) regard organic as a marketing term with no real value or definition,” continued Roberts.

“This scepticism could be leading to some degree of consumer apathy, as shoppers may not perceive any real benefits to going green. The Mintel Trend Prove It indicates that companies will need to counter this scepticism by striving for transparency and proactively making green and sustainable practices part of their business model. Consumers likely focus on the short-term impact of purchasing a product, but brands could help shift consumer perception to be more about a longer-term and holistic approach to a healthy lifestyle,” Roberts concludes.