Mondelez International has announced that its $400 million Cocoa Life program is now fully operational in Indonesia, the world’s third largest cocoa origin and the biggest cocoa origin in Asia.  By the end of 2015, Cocoa Life will be operating in more than 100 Indonesian communities and will have trained 8,000 farmers in agricultural and […] 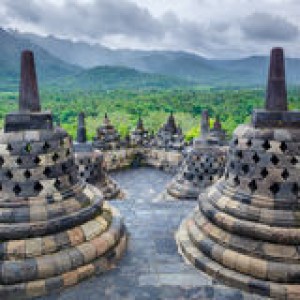 Mondelez International has announced that its $400 million Cocoa Life program is now fully operational in Indonesia, the world’s third largest cocoa origin and the biggest cocoa origin in Asia.  By the end of 2015, Cocoa Life will be operating in more than 100 Indonesian communities and will have trained 8,000 farmers in agricultural and business skills to help improve cocoa yields, protect the environment and boost farmer incomes.  By 2022, the program plans to train 50,000 farmers and in turn benefit about 200,000 people in local communities, promoting women’s empowerment and education for children.

“Cocoa Life is taking root in Indonesia because it’s focused on farmers,” said Andi Sitti Asmayanti, Director of Cocoa Life for Southeast Asia. “Through Cocoa Life, we’re empowering farmers to create action plans with their communities and shape the future of cocoa.  Together with the Indonesian government, our suppliers and partners, we’re helping cocoa-farming families create the kind of communities they want to live in, and inspiring the next generation.”

Cocoa Life is working with farmers in two Indonesian regions – Sulawesi and Sumatra – and along with suppliers Cargill and Olam aims to strengthen the country’s position as a leading producer of high-quality, sustainable cocoa.  And by partnering with the non-governmental organization Save the Children, Mondelez says that Cocoa Life will help promote gender equality through leadership and business training for women in cocoa farming communities, as well as agricultural education for youth.  Together, farming families will create Community Action Plans to achieve specific development outcomes, such as improving health and nutrition education.

“Save the Children knows when women and mothers do well, their children’s lives improve, too,” said Carolyn Miles, Save the Children President & CEO.  “We believe our partnership with Cocoa Life will help parents in cocoa farming communities in Indonesia to have a sustainable income so they can provide for their children and give them the opportunity to reach their full potential.”

Cocoa Life is already seeing results In Indonesia, Mondelez says.  Two years ago, a number of Indonesian farmers were abandoning cocoa for other cash crops as yields declined.  Existing cocoa trees were aging, and there wasn’t sufficient infrastructure to support new plantings.  Today, Cocoa Life’s partnership with the Indonesian Coffee and Cocoa Research Institute (ICCRI), Cargill and Olam has offered farmer inputs such as training, supplies and a new nursery so farmers have been able to continue growing cocoa and significantly boost their crop yields.

Cocoa Life aims to reach more than 200,000 farmers across six countries, benefitting more than a million people. Mondelez International’s ultimate goal is to sustainably source all the company’s cocoa supply, mainly via Cocoa Life.  By working in partnership with farmers, NGOs, suppliers and government institutions, the company says that Cocoa Life answers Mondelez International’s Call For Well-being, which urges employees, suppliers and community partners to join together to develop new approaches that can have a positive impact on the planet and its people. The Call For Well-being focuses on four key areas where the company can make the greatest impact: mindful snacking, sustainability, community and safety.