Home Organic farming: where does it want to go?

Organic farming: where does it want to go?

Large-scale organic farming operations, based on a review of almost a decade of data from 49 states, are not reducing greenhouse gas emissions, says a University of Oregon (UO) researcher. The increasing numbers of commercialised organic operations – which still make up just 3% of total agricultural lands – appear to contribute to increased and […] 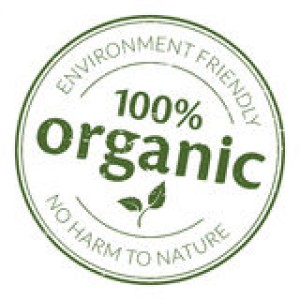 Large-scale organic farming operations, based on a review of almost a decade of data from 49 states, are not reducing greenhouse gas emissions, says a University of Oregon (UO) researcher.

The increasing numbers of commercialised organic operations – which still make up just 3% of total agricultural lands – appear to contribute to increased and more intense levels of greenhouse gases coming from each acre of farmland, reports Julius McGee, a doctoral student in the UO sociology department. His study appeared in the journal Agriculture and Human Values.

While the findings appear troubling, McGee, a regular consumer of organic food, says the study really points to the need for a reassessment of where the organic-food movement wants to go and how to get there. He suggests stricter adherence to sustainability-driven farm practices and increased governmental oversight of the profit-motivated move toward upscale, certified organic production.

“The big questions are what are we are doing when we shift from conventional to organic production, and what are the environmental consequences,” McGee said. “This study says that the organic farming industry is in the early stages. So far we don’t see any mitigating effect on greenhouse gases. We need to pay close attention to what processes in organic farming operations make them the sustainable alternative that we want them to be, and we are going to need to more strictly follow those.”

The study used annual state-level data from 2000 to 2008 on organic and conventional agricultural greenhouse gases from all states but Louisiana. Alaska data were not available for the first two years. McGee also collected data on socioeconomic and agricultural indicators believed to influence industry growth trends. He then analyzed greenhouse gas emissions using a fixed-rate panel regression that allowed him to indirectly control for unseen variables.

The study does not rule out the possibility that large-scale organic operations eventually will reduce greenhouse gas emissions, but, for now, McGee said, higher emissions are likely to continue unless actions are taken to correct course.

Organic farming emerged as early as the 1940s as localised alternatives to industrialised methods that were more ecological sound, more humane toward animals and less intensive on soil. The practice also was considered to be more effective at reducing the effects of climate change.

The U.S. Department of Agriculture initiated certification standards for organic production under the Food, Agriculture, Conservation and Trade Act in 1990, but as organic farming moved toward large corporate operations the use of USDA-recommended practices had declined. Recommendations include crop rotation best suited to local soils; organically derived pesticides and herbicides; locally produced composted and manure fertilizers; and mulch tillage.

As operations grow, McGee said, it takes more machinery to do the work. The trend, he noted, is for a focus on single rather than rotated crops, an increased use of organic pesticides and herbicides and the importing of manure-based fertilizers from other locations.

“We are not going to solve all these problems with technology,” said McGee, whose doctoral research explores the development and environmental impacts of sustainable markets. “The issue of agriculture and climate change doesn’t derive only from technology. Sure, that’s part of it, but a lot of the issue is the social context in which we relate to food — the idea that overproducing food at a level exceeding what we need — for both forms of agricultural production.”