Denmark-based food ingredients producer Palsgaard has released its 2014 CSR report, which includes information about how it is working towards what it describes as an ambitious goal to achieve CO2-neutrality by 2020. Its fifth such publication maps global progress on the company’s sustainability agenda within four strategic areas: Corporate Governance, Energy & Environment, Products, and […] 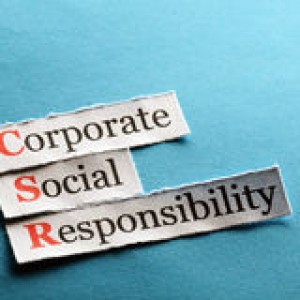 Denmark-based food ingredients producer Palsgaard has released its 2014 CSR report, which includes information about how it is working towards what it describes as an ambitious goal to achieve CO2-neutrality by 2020.

Its fifth such publication maps global progress on the company’s sustainability agenda within four strategic areas: Corporate Governance, Energy & Environment, Products, and Employees. The report describes the impacts and risks raised by business activities, as well as measures taken to address them.

In sustainability, the Danish company says it continued to punch far above its weight. During 2014, Palsgaard notes that it made significant progress in addressing environmental sustainability – a challenging ambition in an industry where the production of high-quality emulsifiers tends to be energy-intensive. Objectives include setting what it claims is the industry’s most ambitious target in terms of CO2 emissions: global CO2-neutrality by 2020. In five years, Palsgaard says it has reduced emissions by a 61%, and is on track to meet the 2020 target.

“We’ve more than halved CO2 emissions already,” said CEO Jakob Thøisen. “Our footprint for 2014 is now equivalent to the emissions produced by burning 2300 tonnes of coal, or from the electricity usage of 653 homes in a year. Since 2009, we’ve already made cuts equivalent to powering 1,112 homes for a year. And we have more initiatives under way, too. At our plant in Mexico, for example, solar panels can now produce up to 85% of its electricity.”

Sustainability efforts at Palsgaard are said to be in line with the principles of the UN Global Compact, which are integrated into the company’s Code of Conduct and general activities. Reporting follows the Global Reporting Initiative’s G4 Sustainability Reporting Guidelines.

Through a formal supplier code of conduct, the company encourages sustainable sourcing among its suppliers, stating, for example, that it will use 100% sustainably certified palm oil by 2015. In 2014, the Danish plant achieved RSPO Segregated (SG) certification, and now holds both SG and RSPO Mass Balance (MB) capability. Certification of Palsgaard’s Malaysian emulsifier plant to the RSPO standard will take place in 2015.

Numerous other initiatives benefiting sustainability continued through 2014 to capitalise on Palsgaard’s particular expertise – using emulsifiers, for example, to achieve up to 50% fat reduction in puff pastry margarines without affecting functional properties, as well as to reduce fat in a number of final food products. As another example, the company says its expertise with innovative food ingredients has been used in a scientific project to improve nutritional uptake for people with Down’s syndrome.

“We’re here to support food manufacturers in their efforts,” said Thøisen, “and sustainability makes good business sense for our company and the communities in which we work.”