During the interview, Prof. Yuen first explained the differences between vitamin E tocopherol and tocotrienol, following by describing the unique neuroprotective properties of tocotrienol delivered through ExcelVite’s EVNol SupraBio™ in pre- and post-stroke conditions as shown by human clinical studies.

Prof.Yuen went on to discuss an on-going study currently being conducted in his laboratory that examines the effect of EVNol SupraBio™ on beta-amyloid-induced paralysis in a type of transgenic roundworm called C. elegans. Preliminary findings of the study show that tocotrienol delays paralysis in C. elegans.

“The on-going study using C. elegans shows that tocotrienol from EVNol SupraBio™ could delay the onset of paralysis caused by beta-amyloid – a compound that is commonly found in the brains of Alzheimer patients – indicating a potential role tocotrienol could play in countering the effects of beta-amyloid. I invite readers to watch the video to learn more about this latest research,” added Bryan. 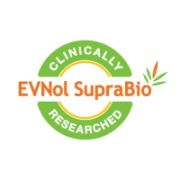 EVNol SupraBio™ is a proprietary self-emulsifying palm tocotrienol complex that ensures improved oral absorption of individual tocotrienols by an average of 250%. It was developed to overcome poor absorption and low bioavailability of tocotrienols.  The SupraBio™ system contains a precise mixture of oil and food emulsifiers at optimum ratio that self-emulsifies in the gastrointestinal tract to provide a rapid and consistent absorption of tocotrienols into the plasma independent of dietary fat or food intake.