Rabobank: no dairy upturn till 1H16

A recovery in global dairy prices is still on the horizon, however burgeoning stocks have pushed out any sustained upturn in the market until the first-half of 2016, according to Rabobank New Zealand’s latest Dairy Quarterly report. The global outlook, released exclusively to Rabobank’s agribusiness clients earlier this week, reaffirms the bank’s position that a […] 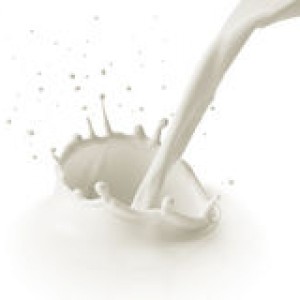 A recovery in global dairy prices is still on the horizon, however burgeoning stocks have pushed out any sustained upturn in the market until the first-half of 2016, according to Rabobank New Zealand’s latest Dairy Quarterly report.

The global outlook, released exclusively to Rabobank’s agribusiness clients earlier this week, reaffirms the bank’s position that a recovery phase is imminent, however it has pushed out the timeframe by at least three months.

Rabobank director of Dairy Research New Zealand and Asia Hayley Moynihan said the market correction has been largely delayed by the removal of EU quotas which has bolstered exportable supplies.

“We are currently operating in an environment where global milk production is rising faster than local demand growth, and there is simply too much milk in the market,” she said. “This has left exporters looking for additional offshore sales at a time when China and Russia have been largely absent.”

“While global milk production is set to continue to increase, the rate of growth is expected to slow particularly out of New Zealand and the US, while an improvement in demand should see some rebalancing in the market by early next year.”

“However, the rate of initial price recovery will be dampened as the market works through accumulated excess stocks. And as such, we are unlikely to see the stronger upward momentum in prices until the second quarter of 2016.”

New Zealand farmers have borne much of the brunt of the weakness in international dairy markets, with the farmgate price in May around 57 and 39 per cent lower than milk prices in the US and Netherlands, respectively, Rabobank said.

And there is expected to be little reprieve in the 2015/16 season, with processors forecasting a wide range of farmgate milk prices between NZ$ 4.70 to 5.60kg/milksolids – which is below full production costs for many farmers – but well above the price realised last season.

“This will impact plans over the next twelve months,” Moynihan said. “We expect farmers to cut back on their rates of supplementary feed and some may lower their stocking rates by culling lower performing cows and maximising feed available to a higher quality, but smaller, herd.”

“This should see production growth down by around one to two per cent for the 2015/16 season, reversing the strong rate of domestic growth that we have experienced over the past four years.”

“This, together with a decline in US production however, will help tighten the supply-side market which is positive for prices.”

“Given the timing of the expected market recovery, a return to more sustainable New Zealand farmgate milk prices is unlikely to occur before the 2016/17 production season.”

The Rabobank Dairy Quarterly says that with global production rising faster than local demand growth – except in the US where much of the growth has been soaked up domestically – exporters have been left looking for additional offshore sales.

“And this has happened at a time when China have slashed their imports and the Russian market has been largely closed,” Moynihan said.

“While we have seen an almost buying frenzy from other importers, much of this appears to have made its way into inventory – leading to the considerable stock accumulation that the market now finds itself in.”

Moynihan said global demand is set to improve over the coming year, with the onset of retail price relief and rising incomes.

“As import demand stabilises in China and stocks are whittled away, 2016 brings the prospect of an improvement in the demand-side of the market to bring it back into balance,” she said. “And there is further upside if Chinese buying pushes above year-ago levels or if local stocks prove to be less than what we believe.”

“A supply-side shock would also provide a boost for prices, and we are closely monitoring the developing El Nino pattern that could have an impact on Australian and Argentinean production.