Ancient grains play an important role in many of today’s leading food trends, notes market researcher Packaged Facts, including whole grains, gluten-free, non-GMO and bio-diversity, natural, organic, high fibre, high protein and vegan diets.  For some consumers, the company says, the attraction of ancient grains is the bundle of benefits that manifests as simplicity, resulting […] 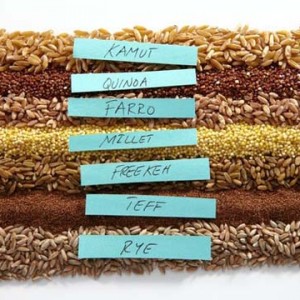 Ancient grains play an important role in many of today’s leading food trends, notes market researcher Packaged Facts, including whole grains, gluten-free, non-GMO and bio-diversity, natural, organic, high fibre, high protein and vegan diets.  For some consumers, the company says, the attraction of ancient grains is the bundle of benefits that manifests as simplicity, resulting from not being grown or processed on a large scale, meaning they are more likely to be organic, produced naturally without any genetic modification, offering considerable nutritional value. Interest in sprouted grains and other sprouted ingredients is growing consistent with more consumers paying attention to digestive health, a desire for greater nutritional value generally and in conjunction with raw foods.

Data published by Packaged Facts in the report Food Formulation Trends: Ancient Grains and Sprouted Ingredients indicate that nearly a fifth (19%) of American adults have purchased menu or grocery items featuring ancient grains in the past 30 days, the same percentage as for sprouted grains/ingredients. For ancient grains as well as sprouted grains/ingredients, purchasing of grocery products ranges somewhat higher than ordering of menu items with these ingredients.

Quinoa still dominates menus and new product announcements, but more ubiquitous wheat, oats and corn and less familiar ancient grains are increasingly likely to be the workhorses in ancient grain formulations. Chef interest in ancient and heirloom grains has been described as a natural progression in the context of local, sustainable and authentic foods. For a growing number of chefs at high-end restaurants, starchy side dishes made with commodity flour are not compatible with meals carefully prepared with heritage meats and heirloom vegetables.

In terms of packaged foods, ancient grains have become more widely available at mainstream and natural food retailers, Packaged Facts claims, appearing in multiple locations within these stores, and are now found in a growing number of food and beverage products and categories. Some of the grains themselves and flours made from them are being marketed alongside standard flour, corn meal and other specialty flours in the baking aisle. They can also be found in the rice aisle packaged and sold for use as side dishes and recipe use.

Based on Packaged Facts review of packaged food products and categories that feature ancient grains positioning or market products containing ancient grain ingredients, the reasons for incorporating them are many and fit with:

While many of the more recent ancient grain product launches continue to be in categories traditionally associated with grain ingredients (e.g. cereal, bread, bars and baking mixes), others include salty snacks, entrée salads, side dishes, boxed dinner mixes, frozen meat alternatives and yogurt, notes David Sprinkle, research director, Packaged Facts. In addition to innovating with ancient grains by extending their use across categories, the form of ancient grain ingredients is also benefiting from innovation to provide enhanced nutritional, flavor and textural characteristics, to facilitate incorporation into more finished product forms and to promote stability for extended shelf life and enjoyment.

Food Formulation Trends: Ancient Grains and Sprouted Ingredients takes an in-depth look into the latest ancient grain and sprouted ingredient trends at retail with a peek at foodservice to guide innovation efforts by food processors and foodservice operators and to help them better anticipate competitive moves.