Eating at home in the U.S. just became 15% more expensive on an annual basis, according to a new study from KPMG. The survey noted that on average, the projected household food budgets will increase $79 per month to $611 as compared to 2021. Overall, the survey reported that 2022 grocery prices will increase 22% as compared to pre-COVID-19 prices.

What used to be a cheaper alternative to dining out, is now also becoming more expensive as ingredients suffer the cost effects of inflation and the continued trend of people working from home. According to the survey, the tendency to work at home has led consumers to cook 64% of their meals in their kitchens while only planning to eat out 10% of the time. Of those eating out, 12% take out their meals, and about 10% use delivery services. Unsurprisingly, those that are eating out the most are the younger generation.

These trends have led consumers themselves to anticipate heftier grocery bills in 2022. Thirty-one percent of those surveyed said that they already expect to spend more on groceries this year than last year. Compared to 2021 when only 24% of those surveyed said they anticipated spending more than in the previous year, this underscores the significant pressure exerted by rising prices on both food manufacturers and consumers. Furthermore, the proportion of shoppers preparing to purchase more than $500 of groceries per month is now higher than in preceding years.

Not only are prices increasing, but the risk of food shortages remains a real concern. KPMG found that “37% of customers are very concerned about grocery shortages." Supply chain constraints continue to tax manufacturers and retailers that are working to keep shelves filled. Despite these efforts, the continued economic pressures have led to less brand loyalty among customers. In the report, 35% of respondents said they switched brands when their favorite items are out of stock.

With over a third of consumers willing to break with ingrained habits and select an alternative product, there is concern from manufacturers that the concept of brand loyalty is eroding. Insufficient inventory and the tendency of manufacturers to pass their inflated costs down to the customer has resulted in consumers looking elsewhere — at a cost to Big Food.

In 2020, Big Food lost significant market share in center-store food categories as well as $12.1 billion in sales to smaller CPGs and private label, research firm IRI found. Winning these consumers back may be challenging not only due to competition from other manufacturers but also because the number of prepared food options that are now available to consumers in supermarkets is also taking a bite out of the market that was once commanded by Big Food.

Consumers are not only shopping more for ingredients, but they are also interested in meal kits to help them prepare meals at home. Approximately 61% of consumers said they intend to use meal kits in 2022, which is up from 35% of those who said they had used meal kits last year. Both these years are a significant jump over 2020 where only 25% of shoppers said they used meal kits. 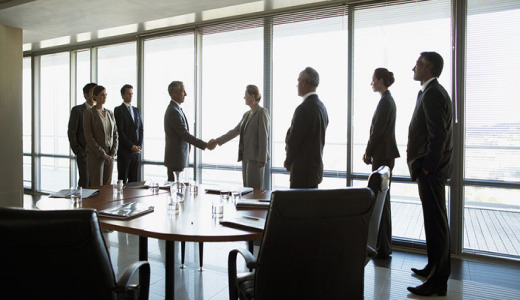 Novozymes and Chr. Hansen to merge

Danish enzyme suppliers Novozymes and Chr. Hansen are to merge in a strategic alliance that will "show the world the true power of biosolutions", according to the CEO of the continuing company, Novozymes.