Research sponsored by Hershey shows that dark chocolate  lowers blood pressure and  improves attention. “Chocolate is indeed a stimulant and it activates the brain in a really special way,” said Larry Stevens, a professor of psychological sciences at Northern Arizona University. “It can increase brain characteristics of attention, and it also significantly affects blood pressure levels.” […] 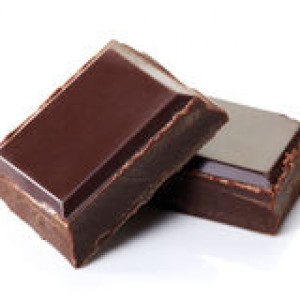 “Chocolate is indeed a stimulant and it activates the brain in a really special way,” said Larry Stevens, a professor of psychological sciences at Northern Arizona University. “It can increase brain characteristics of attention, and it also significantly affects blood pressure levels.”

The study, published in the journal NeuroRegulation, is said to be the first to examine the acute effects of chocolate on attentional characteristics of the brain and the first-ever study of chocolate consumption performed using electroencephalography, or EEG technology. EEG studies take images of the brain while it is performing a cognitive task and measure the brain activity.

Historically, chocolate has been recognised as a vasodilator, meaning that it widens blood vessels and lowers blood pressure in the long run, but chocolate also contains some powerful stimulants. Stevens said his team wanted to investigate if people who consume chocolate would see an immediate stimulant effect.

Stevens and his colleagues in the Department of Psychological Sciences performed the EEG study with 122 participants between the ages of 18 and 25 years old. The researchers examined the EEG levels and blood pressure effects of consuming a 60% cacao confection compared with five control conditions.

Michelle Montopoli, an NAU alumna and student at the time of the study, led the EEG testing phase which included measuring serving sizes of the samples based on participant weight and packaging them so the participants were blind to what they were tasting. Constance Smith, professor of psychological sciences, assisted with the physiological analyses.

The results for the participants who consumed the 60%t cacao chocolate showed that the brain was more alert and attentive after consumption. Their blood pressure also increased for a short time.

The most interesting results came from one of the control conditions, a 60% cacao chocolate which included L-theanine, an amino acid found in green tea that acts as a relaxant. This combination hasn’t been introduced to the market yet, so you won’t find it on the candy aisle. But it is of interest to Hershey and the researchers.

For participants who consumed the high-cacao content chocolate with L-theanine, researchers recorded an immediate drop in blood pressure. “It’s remarkable. The potential here is for a heart healthy chocolate confection that contains a high level of cacao with L-theanine that is good for your heart, lowers blood pressure and helps you pay attention,” Stevens said.

Stevens hopes the results of this study will encourage manufacturers to investigate further and consider the health benefits of developing a chocolate bar made with high-cacao content and L-theanine.

“People don’t generally eat chocolate and think it’s going to be healthy for them,” Stevens said. He added that there is a possibility the millions of hypertension patients in the country could eat a bar of this heart healthy chocolate every afternoon and their blood pressure would drop into the normal range, and they would be more alert and attentive.