A new study led by scientists at King’s College London shows that preserving the natural structure of dietary fibre during food production can help to slow the rise in blood sugar levels after a meal. This finding, the researchers said, may lead the way for the development of a new generation of food products that […] 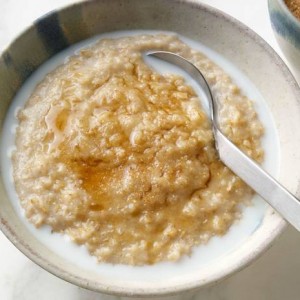 A new study led by scientists at King’s College London shows that preserving the natural structure of dietary fibre during food production can help to slow the rise in blood sugar levels after a meal.

This finding, the researchers said, may lead the way for the development of a new generation of food products that contain similar ingredients to existing products, but with a more natural, enzyme resistant structure around the starch that enables it to be digested more slowly. Such products would be particularly beneficial in the prevention and management of obesity and type 2 diabetes which affects more than one in 17 people in the UK.

Starch is one of the largest sources of calories and an important component of a healthy diet. Understanding how starch is digested and metabolised is highly relevant to weight management, as well as prevention of other related conditions such as type 2 diabetes and heart disease.

Wheat is a good source of starch and the predominant source of starch in the UK diet. It also contains dietary fibre, which forms a complex protective network of cell walls around the starch. Milling wheat grains to produce flour damages these cell walls, allowing the starch to be digested more quickly.
The research, funded by the Biotechnology and Biological Sciences Research Council (BBSRC) found that when participants ate wheat porridge made from coarser, larger particles this gave rise to significantly lower blood sugar levels than when they consumed a ‘smooth’ porridge made of finer wheat flour. Both meals were made of the same ingredients and had the same nutrient contents, but starch was digested more slowly in the coarse porridge.

Researchers studied nine healthy volunteers with pre-existing stomas, allowing access to the contents of the small bowel without the use of surgery. When researchers examined the contents of the intestinal fluid, they identified a number of large pieces of food material containing unabsorbed nutrients. Larger food particles were found to contain more of the natural structure of the cell walls, which encloses starch and other nutrients and delays or prevents their release.

The results could have a significant impact on the food production industry and suggest that the development of new milling techniques which maintain the microstructure of wheat might in the future give consumers a greater choice of ‘diabetic-friendly’ foods or healthier versions of wheat based products such as white bread, breakfast cereals, or biscuits.

“Our research has shown that there is a relatively easy way to limit the availability of starch/calories from food simply by preserving more of the natural structure of plant-based ingredients,” said Dr Cathrina Edwards, lead researcher from the Division of Diabetes and Nutritional Sciences. “The way in which foods are processed clearly has a big impact on how much of the nutrients/calories are absorbed from that food, but this important information is not reflected on food labels. Greater understanding of the structure of food and its effect on the body provides an opportunity to transform ingredients and products such as bread, pasta, breakfast cereals and other wheat based products, into meals which provide slower energy release and prolonged fullness.”