A study published in the print issue of Hypertension ‘High salt intake: independent risk factor for obesity?’ has shown high salt intake can potentially increase risk of obesity in both adults and children, according to CASH (the UK’s Consensus Action on Salt and Health pressure group). In the first study of its kind, researchers suggest there may be a […] 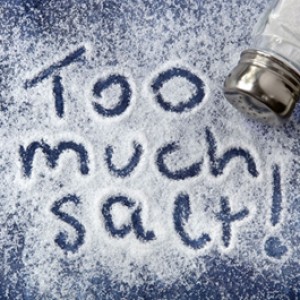 A study published in the print issue of Hypertension ‘High salt intake: independent risk factor for obesity?’ has shown high salt intake can potentially increase risk of obesity in both adults and children, according to CASH (the UK’s Consensus Action on Salt and Health pressure group).

In the first study of its kind, researchers suggest there may be a direct link between salt intake and obesity, independent of total energy intake or sugar sweetened beverage consumption (SSB). This has been highlighted in a nationally representative sample of the UK population, with a 1g/day increase in salt intake being associated with an increased risk of being overweight or obese by 28% in children and 26% in adults.

It is well established, according to CASH, that a high salt diet is the major cause of raised blood pressure and, if left untreated, can lead to cardiovascular diseases and subsequent death. Recent studies have also associated a high salt diet to increased risk of obesity, primarily through its effect on thirst, leading to increased sugar sweetened beverage consumption, but also potentially as a result of excessive consumption of processed foods that are high in calories and salt. This new study highlights even further, says CASH, the link between salt and obesity.

Reasons for these new findings are still unclear but it is thought to be related to changes in body fat metabolism. Further research is warranted in this area. A reduction in salt intake could help reduce obesity not only through its effect on reducing sugar-sweetened beverage consumption but may also have a direct effect on lowering obesity risk.

“The food we eat is now the biggest cause of ill health through its high salt, fat and sugar content added by the food industry,” said Professor Graham MacGregor, Professor of Cardiovascular Medicine at Queen Mary University of London and Chairman of Consensus Action on Salt & Health. “High blood pressure and obesity both lead to the development of cardiovascular disease, stroke, heart attacks and heart failure, which are the commonest causes of death and disability in the UK.

“Obesity also predisposes to type 2 diabetes, which further increases the risks of cardiovascular disease and can lead to severe complications. Such an epidemic will cripple the NHS if the increase in these diet related issues are not stopped immediately. The government and the food industry now need to take much stronger action. Unfortunately the previous government handed power back to the food industry with the Responsibility Deal which has completely failed to tackle these issues in the way that it needs to be.”

Current guidelines suggest we should be eating no more than 6g salt a day but the latest statistics show we are eating far more than we require (8.1g/day) says CASH. Collaborative efforts between the government and food industry however have led to progressive reductions in salt intake, resulting in a reduction in stroke and heart disease events and deaths  but further reductions need to be made, CASH believes.

“This paper highlights yet another important reason to cut back on your salt intake,” said Sonia Pombo, Campaign Manager for CASH. “The food industry was working hard to reduce levels of salt levels before the Responsibility Deal and as a result average salt intakes were going down. We now need a much more robust mechanism to continue to reduce salt and to tackle the huge amounts of sugar in foods and soft drinks as well as reduce saturated fat. The responsibility lies predominantly with the food industry, where most of our salt intake comes from, but people can also make a difference to their health by reading the labels and opting for foods lower in salt, saturated fat and sugars.”

“It’s well established that we should be reducing the amount of salt we eat to help avoid high blood pressure, a risk factor for cardiovascular disease and the link between salt intake and obesity identified in this research could be another reason for us to do this,” said Victoria Taylor, Senior Dietitian at the British Heart Foundation. “But more research is needed to understand what might be the reason for this link. Although the amount of salt we are eating has reduced in recent years, as a result of reformulation of manufactured foods, we are still exceeding recommended maximums.”

“Most of the salt we eat is already in the foods we buy, which is why checking nutritional information on packs to make sure we are making the healthiest choice is important to help limit the amount of salt we are eating.”