Two University of Illinois food scientists have learned that understanding and manipulating porosity during food manufacturing can affect a food’s health benefits. Youngsoo Lee reports that controlling the number and size of pores in processed foods allows manufacturers to use less salt while satisfying consumers’ taste buds. Pawan Takhar has found that meticulously managing pore […] 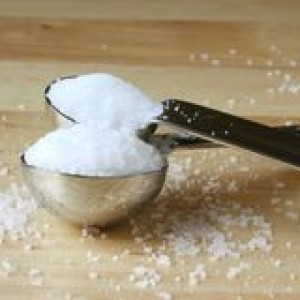 Two University of Illinois food scientists have learned that understanding and manipulating porosity during food manufacturing can affect a food’s health benefits.

Youngsoo Lee reports that controlling the number and size of pores in processed foods allows manufacturers to use less salt while satisfying consumers’ taste buds. Pawan Takhar has found that meticulously managing pore pressure in foods during frying reduces oil uptake, which results in lower-fat snacks without sacrificing our predilection for fried foods’ texture and taste.

Both scientists are experts in food engineering and professors in the College of Agricultural, Consumer and Environmental Sciences’ Department of Food Science and Human Nutrition.

“Six in 10 American adults either have high blood pressure or are on the borderline of this diagnosis largely because they eat too much salt,” said Lee. “Overconsuming salt is also associated with the development and severity of cardiovascular and bone diseases, kidney stones, gastric cancer, and asthma.”

Because 70% of the salt Americans consume comes from processed foods, Lee began to study the relationship between the microstructural properties of these foods and the way salt is released when it is chewed.

“Much of the salt that is added to these foods is not released in our mouths where we can taste it, and that means the rest of the salt is wasted,” he said. “We wanted to alter porosity in processed food, targeting a certain fat–protein emulsion structure, to see if we could get more of the salt released during chewing. Then food manufacturers won’t have to add as much salt as before, but the consumer will taste almost the same amount of saltiness.”

Increasing porosity also changed the way the foods broke apart when they were chewed, exposing more surface area and increasing saltiness, he said.

“When foods crumble easily, we further reduce the amount of salt that is needed. Changing the number or size of pores in the food’s surface can help us to accomplish this,” he said.

Takhar said that his porous media approach to understanding the behaviour of water, oil, and gas during frying will help create strategies that optimize the frying process, reduce oil uptake, and produce lower-fat foods.

The articles Takhar publishes in academic journals feature page after page of complex mathematical equations that describe the physics involved in the transport of fluids and in textural changes in foods. These equations then guide the simulations that he performs in his laboratory.

“Frying is such a complicated process involving more than 100 equations. In a matter of seconds, when you put the food in the fryer, water starts evaporating, vapours form and escape the surface, oil penetration starts, and heat begins to rise while at the same time there’s evaporative cooling off at different points in the food. Some polymers in the food matrix may also change their state, and chemical reactions can occur. It’s not an easy set of changes to describe,” he said.

Within 40 seconds of frying, the texture of gently fried processed foods like crackers is fully developed, the scientist said. “That’s the cracker’s peak texture. Any longer and you’re just allowing more oil to penetrate the food.

Capillary pressure makes overall pore pressure negative, and that negative pressure tends to suck oil from inside. His simulations show when that pressure is becoming more negative.

“The trick is to stop when pore pressure is still positive (or less negative)—that is, when oil has had less penetration. Of course, other variables such as moisture level, texture, taste, and structure formation, must be monitored as well. It’s an optimization problem,” he noted.

When this exquisite balance is achieved, lower-fat, healthier fried foods are the result, he added.

“Temporal Sodium Release Related to Gel Microstructural Properties—Implications for Sodium Reduction” was published in a recent issue of Journal of Food Science. Lee and Wan-Yuan Kuo are co-authors of the study, which will continue to be funded by USDA. “Modeling Multiscale Transport Mechanisms, Phase Changes, and Thermomechanics during Frying” was published in a recent issue of Food Research International. Co-authors are Takhar and Harkirat S. Bansal of the U of I and Jirawan Maneerote of Kasetsart University in Bangkok, Thailand. The Takhar study was funded by USDA and the Royal Thai Government.