An X-ray study carried out at DESY – the Deutsches Elektronen-Synchrotron (“German Electron Synchrotron”), a national research centre in Germany that operates particle accelerators used to investigate the structure of matter – is said to allow the quality of chocolate to be improved, offering new insights into the formation of fat bloom, an unwelcome white layer that […] 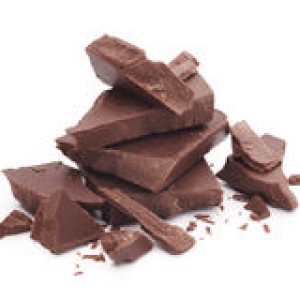 An X-ray study carried out at DESY – the Deutsches Elektronen-Synchrotron (“German Electron Synchrotron”), a national research centre in Germany that operates particle accelerators used to investigate the structure of matter – is said to allow the quality of chocolate to be improved, offering new insights into the formation of fat bloom, an unwelcome white layer that occasionally forms on chocolate.

“Although fat blooming is perfectly harmless, it causes millions in damage to the food industry as a result of rejects and customer complaints,” said the main author of the study, Svenja Reinke, from the Hamburg University of Technology (TUHH). “Despite this well known quality issue, comparatively little has been known until now about its root causes.”

The team from TUHH, DESY and the food company Nestlé published its findings in the journal Applied Materials and Interfaces published by the American Chemical Society.

Fat bloom can form when liquid fats, such a cocoa butter, migrate through the chocolate to the surface and crystallise there.

“This can happen when liquid chocolate cools down in an uncontrolled manner and unstable crystals form, for example. But even at room temperature, a quarter of the lipids contained in chocolate are already in a liquid state,” Reinke said.

Liquid fillings or ingredients such as nougat can accelerate the formation of fat bloom.

The longer chocolate is stored and the higher the storage temperature, the more likely fat blooming is to be observed. This is why the white coloration of the product surface is often taken to be a sign of old or spoiled chocolate.

“Even though fat bloom does not actually constitute any deterioration in the quality of the product, the visual alteration associated with it can lead to a large number of consumer complaints,” said Stefan Palzer of Nestlé. “This is why fat bloom continues to be one of the most important quality defects in the confectionery industry.”

With the help of DESY’s x-ray source PETRA III, the scientists have now been able to observe the underlying processes in real time. To do so, they investigated the behaviour of different mixes of the main components of chocolate, which are cocoa, sugar, milk powder and cocoa butter. These technical chocolate samples were ground to a fine powder so as to speed up the processes and then X-rays were shone through them.

“The technology used to examine the samples shows us both the fat crystals and the pores inside the product, down to a scale of a few nanometres,” saidtefan Heinrich from TUHH, leader of the investigation.

In order to study the migration of fats, the researchers also placed a few drops of sunflower oil on each of their samples and observed what happened.

“First of all, wetting takes place within seconds. The oil penetrates very quickly into even the smallest pores, probably through capillary action,” said Reinke. “Secondly, the liquid fat alters the internal structure of the chocolate. Over a period of hours, the liquid fat dissolves additional crystalline lipid structures, which makes the entire structure of the chocolate softer. This in turn increases the migration of lipids.”

The dynamics of the development of fat bloom have so far been unknown, so this study adds to the findings of previous experiments on the crystalline structure as one major factor influencing fat bloom.

“For the first time, we have been able to track in detail the dynamic mechanisms that lead to the creation of fat bloom,” said DESY scientist Dr. Stephan Roth, head of the P03 beamline at PETRA III, at which the experiments were conducted. “The method used is known as small-angle X-ray scattering and is precisely adapted to real-time investigations of this kind, and to observing the structural changes caused by the moving lipids. The joint study has supplied important information as to how we can study structural changes in such ‘everyday’ multi-component systems.”

The observations allow the food industry to develop concrete approaches for reducing fat bloom. “One consequence might, for example, be to reduce the porosity of the chocolate during manufacture, so that the fat migrates more slowly,” said Reinke. “Another approach is to limit the amount of fat that is present in a liquid form by storing the product in cool, but not too cold, conditions. 18 degrees Celsius is ideal.”

Chocolate is very sensitive to fluctuations in temperature.

“Just a few degrees make a big difference,” Reinke notes. “At five degrees, basically, all cocoa butter is solid; and above about 36 degrees everything is liquid.”

On top of this, the type of crystals in the chocolate plays an important role.

“Cocoa butter crystallises in six different crystal forms,” said Reinke. “The amount of fluid also depends on the form of the crystals.”

“The experiments that have been conducted allow us as manufacturers of quality chocolate to draw conclusions concerning the root causes of lipid migration leading to blooming,” said Palzer. “These findings, which we obtained in collaboration with the Hamburg University of Technology and the team at DESY using the latest analytical technologies, provide a solid foundation for developing suitable methods for avoiding one of the most important quality defects in the food industry.”