The importance of a diet rich in fish oils – now a billion dollar food-supplement industry — has been debated for over half a century note researchers from the Perelman School of Medicine at the University of Pennsylvania. A few large clinical trials have supported the idea that fish oils confer therapeutic benefits to patients […] 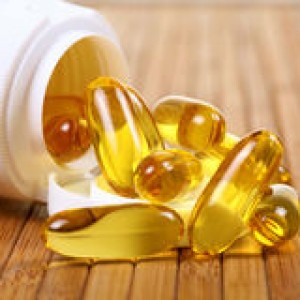 The importance of a diet rich in fish oils – now a billion dollar food-supplement industry — has been debated for over half a century note researchers from the Perelman School of Medicine at the University of Pennsylvania. A few large clinical trials have supported the idea that fish oils confer therapeutic benefits to patients with cardiovascular disease. Researchers think that hearts and blood vessels may benefit in part from their anti-inflammatory properties.

Synthetic versions of marine fish lipid-derived molecules called specialized pro-resolving mediators (SPMs) show anti-inflammatory properties in cell cultures and live animal models. However, newer analyses of more than 50 randomized controlled trials and cohort studies have not settled the question of whether fish oils are helpful to people with heart disease.

Now, a new study from the Perelman School of Medicine, published in the Journal of Lipid Research, questions the relevance of fish oil-derived SPMs and their purported anti-inflammatory effects in humans.

Getting clarity on the true benefit of fish oils first requires some elementary chemistry: When humans eat fish, we consume omega-3 polyunsaturated fatty acids in triglyceride form (the source of SPMs), which are bound to a glycerol backbone. This is how fatty acids are stored in nature since free fatty acids oxidize quickly. To make fish oil supplements, fatty acids derived from marine fish are chemically detached from the glycerol backbone. These free fatty acids are then concentrated as ethyl-esters (how most synthetic fish oils are sold) or triglycerides. The main difference between natural and synthetic fish oils is how they are absorbed in the human intestinal tract – fish oil fatty acids in the natural triglyceride form are more easily digested and absorbed than in synthetic ethyl ester form.

“We found that the clinical promise of these mediators is weak,” first author Carsten Skarke, the McNeil Fellow in Translational Medicine, Institute for Translational Medicine and Therapeutics (ITMAT), said. “There are few reliable data based on such rigorous detection methods as mass spectrometry confirming that SPMs form in humans after taking fish oil pills.”

Most clinical trials reporting the formation of SPMs in human subjects rely on less precise methodology than that used in the Penn study. These methods are often applied to cells manipulated outside the body, rather than looking to see if natural SPMs are actually formed. Even if SPMs are formed from fish oils in humans, the question is then whether they are present in amounts sufficient to mimic the effects observed when the synthetic SPMs are injected to tame inflammation in experimental models.

“Our study is different because we used rigorous approaches to measure SPM formation in humans, which is not the case in the vast majority of published studies addressing this question,” Skarke said. The team biased their ability to detect SPMs formed in healthy volunteers by giving fish oil in high doses which had been previously shown to influence blood pressure and platelet aggregation under placebo-controlled conditions. They also looked at lower doses, those more commonly consumed by the general public, for the formation of SPMs during an acute inflammatory response and its resolution.

Simply put, the team failed to detect a consistent signal of SPM formation in urine or plasma of healthy volunteers who had taken fish oil. Even more strikingly, they found no alteration in their formation during the resolution of inflammation.

“In humans, we fail, in large part, either to detect SPMs in a manner that relates either to the dose of fish oil or to the resolution of inflammation,” senior author Garret A. FitzGerald, director and chair of the department of Systems Pharmacology and Translational Therapeutics, said. “Studies with synthetic SPMs raise the possibility of their providing a structural basis for building drugs that limit inflammation. However, our results question the importance of this system in the body’s own response to inflammation. In particular, we found no evidence supporting their role in mediating an anti-inflammatory action of fish oils, a putative health benefit of such supplements which itself remains to be established.”