WILD has announced what it describes as unusual and refreshing combinations that feature citrus, responding to the newest trend in fruit flavours by offering a range of different raspberry options. Pomegranate and popcorn are also making major contributions to greater product diversification, the company said. Nowadays many industries are dealing with the topic of an […] 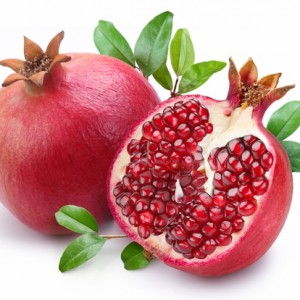 WILD has announced what it describes as unusual and refreshing combinations that feature citrus, responding to the newest trend in fruit flavours by offering a range of different raspberry options. Pomegranate and popcorn are also making major contributions to greater product diversification, the company said.

Nowadays many industries are dealing with the topic of an increase in individualisation, WILD said, noting that more and more, consumers want “customised” products. This poses certain challenges for the food and beverage industry, the company believes, such as when it comes to flavour compositions. It is a two-pronged issue: popular flavours such as citrus have to be modified on a regular basis so they remain attractive in the eyes of consumers. At the same time, consumers also regularly expect something surprising, WILD claims, noting that aromatic innovations offer retailers a way to promote valuable impulse purchases that complement their main business.

There is, according to WILD, no way around citrus when it comes to offering a refreshing kind of fruitiness, especially in the beverage sector. More than half of all newly launched soft drinks in Europe taste of different citrus (55.9%) . This means that these tropical fruits still are and remain the number-one flavour for beverages across all segments. But even classics have to change with the times and satisfy consumer demand for something novel. WILD says that its new natural flavour creations illustrate exactly how this can happen in a very interesting way. The portfolio brightens up classic citrus with a touch of trend fruits, such as grapefruit with pomegranate. It also does the reverse, taking something like the exotic kaffir lime and blending it with domestic black currants. In each case, WILD says that its citrus range creates fresh and fruity new sensations based on familiar flavours but with a full note of red fruits.

Raspberries, says WILD, are often linked to memories of childhood, in part because they play a solid part in the food sector —as a fresh fruit, in dairy and ice-cream products, and in confectionery. But, the company continues, this charming little berry is also gaining a greater foothold in the world of beverages. In most beverage categories, raspberry ranks among the top 10 flavours in new product launches . No matter whether it is a syrup, flavoured beer, near water or carbonated soft drink, the multi-faceted raspberry is a perfect match with any concept, WILD believes. This is only true, however, if the right kind of raspberry flavour has been specifically generated for each application and target market. WILD product developers have created flavours for different categories: some play up the fresh-fruit flavour while others offer a note that is reminiscent of jam, flowers or candy. The wide range of WILD’s application-specific natural flavours makes it possible to create target group-specific products while also satisfying different regional preferences, the company claims. Another advantage is that raspberry is ideal both as a stand-alone flavour note and as part of a blend. There is, according to the company, no limit to the ways it can be combined.

According to WILD, the flavour most in demand among products which are advertised as having a nutritional added value is pomegranate. From January 2013 to February 2015, nearly a third of all soft drinks with superfruits that were launched globally included pomegranate as a flavour. But what does pomegranate really taste like? As is the case with bananas, the flavour of the ripe-harvested fruit is much different from what one expects from the flavouring of a finished product. Consumer expectations vary dramatically from one region to the next, WILD notes, and the transitions are very fluid and have to be captured with great nuance. The options range from “woody” to “green” and from “berry-like” all the way to “grenadine,” and WILD’s portfolio of flavours reflects this diversity. Using their fruit expertise and knowledge of applications as a foundation, WILD food technologists have created a wide-ranging palette of pomegranate flavours which make it possible to select exactly the perfect note for each different application.

Popcorn, WILD believes, is an ideal flavour platform: it has long been a favourite snack food, and now it can be combined in many different ways and applied to other product categories. According to the company, it harmonises well with brown flavours and goes with anything buttery and creamy. As a result, popcorn is ideal for new chocolate products, among other things. It also blends beautifully with fruit flavours such as strawberry, creating delicious compositions and stirring up an appetite for new sweets. WILD’s “Movie Stars Range” comes in the flavours popcorn-strawberry, popcorn-latte macchiato, popcorn-chocolate and popcorn-salty caramel.