Frutarom has announced another record quarter as a result of its aggressive acquisition strategy, reporting growth in sales to $194.2 million, a 13.9% rise in EBITDA to $36.6 million and a 17.1% jum in net income to $21.4 million. “We are very pleased with the ongoing trend of profitable growth and sustained improvement in Frutarom’s […] 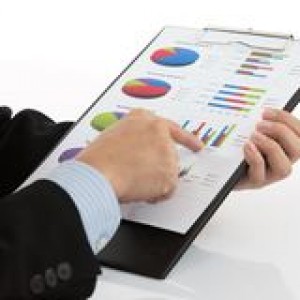 Frutarom has announced another record quarter as a result of its aggressive acquisition strategy, reporting growth in sales to $194.2 million, a 13.9% rise in EBITDA to $36.6 million and a 17.1% jum in net income to $21.4 million.

“We are very pleased with the ongoing trend of profitable growth and sustained improvement in Frutarom’s performance which have contributed to achieving another record setting quarter,” said Ori Yehudai, President and CEO of Frutarom. “The results reflect the continued successful implementation of our rapid and profitable growth strategy, a strategy combining profitable internal growth – at rates above the growth rates in markets where we operate – with strategic acquisitions. The acceleration in the rate of internal growth and the contribution from the acquisitions, along with the measures we are taking to optimize the utilization of our resources, have propelled Frutarom in another major leap forward in its competitive positioning as a leading global player in the fields of Flavors and Specialty Fine Ingredients.”

“As part of the implementation of this strategy, we are continuing to work at expanding our scope of sales and market share considerably. Frutarom’s sales growth in the first quarter of 2015 reached 7.8% on a currency-neutral pro-forma1 basis. Successful integration of the six acquisitions we carried out in 2013-2014, expansion of our activity and market share in emerging markets exhibiting higher growth rates, as well as deepening our activity in the United States combined with our product mix, with emphasis on a natural and healthy product portfolio, contribute to the acceleration of growth.

“The successful implementation of Frutarom’s strategy over recent years, including the substantial expansion in the scope of sales and market share in the higher growth emerging markets and in the United States, has brought a tripling of sales in emerging markets, the doubling of our overall sales in the US, and six-fold growth of Flavors activity in the US compared with 2010.”

“Frutarom is now better prepared than ever before to continue achieving profitable growth: Since the beginning of 2015 we have executed another six acquisitions, including that of Sonarome in India and of BSA in Canada which we announced in past few days. In addition, we are in the run-in stages of a new state-of-the-art plant in China, another key target market for growth and for leveraging our competitive advantages.

“This quarter we achieved significant record results for revenues, profits and margins, this in a quarter that due to seasonality is expected to be the least strong period of the year, and also despite the considerable effect of changes in the exchange rates of the various currencies. Our two main growth engines, organic growth and acquisitions, together with continuing improvement in our product mix, geographic expansion in emerging markets and the United States, and measures being taken to optimize the utilization of resources at our disposal have led us to these achievements. These actions combined with the ongoing merger of the acquisitions we executed this year and realizing the many inherent cross-selling opportunities and operational savings they present, along with the building of a global purchasing platform, and carrying out further strategic synergetic acquisitions, will support the continuation of our campaign for profitable growth in the years to come as well, and attaining the goals we recently set of reaching at least US$ 1.5 billion in sales and an EBITDA margin in our core activities of over 22% by 2020 given our current product mix.”