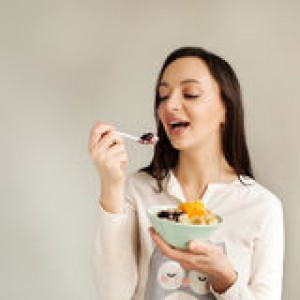 Mintel’s research reveals that as both brands and retailers continuously bring new products to market the share of hot cereals rose to as much as 21% of total breakfast cereals launches in Germany in 2014, up from just 3% in 2010, highlighting the growing interest in this category.

Furthermore, sales within the hot cereals category – which consists of porridge, oatmeal and instant hot oat products – have been thriving in Germany over the past few years, growing at a CAGR of 10% from €52 million in 2011 to €70 million in 2014. In addition to the value increase, the German market for hot cereals has also seen sales volume expansion, with sales rising 28% from 40 million kg in 2011 to almost 52 million kg in 2014.

Indeed, says Mintel, it seems that German consumers have been demonstrating a growing appetite towards porridge in line with its growing trend status. In 2014, 16% of German adults said they ate porridge – twice as many compared to 2012 (8%).

“The growing popularity of porridge in Germany is linked to the health and wellness trend which has been sweeping through the nation,” said Katya Witham, Senior Food and Drink Analyst Germany at Mintel. “Driven by health aspirations, more and more German consumers are turning their backs on traditional breakfasts in favour of muesli or porridge. But while Germans are increasingly scrutinising muesli and breakfast cereals in general for their high sugar content, porridge’s health benefits sets it apart from peers in the eyes of consumers. Since oatmeal is high in fibre, protein, vitamins and minerals, it offers many health benefits, including numerous cardiovascular and digestive benefits, immune system boosting properties as well as oats’ widely held associations with satiety.”

And it seems porridge is also attracting a younger audience in Germany, as it typically appeals to health-conscious young adults who increasingly opt for a healthy lifestyle and diet. With usage peaking amongst those aged between 25 and 34, almost a third (32%) of German porridge eaters have it two to three times a week, while 13% enjoy a bowl almost daily.

While less than five years ago, flavour innovations in the hot cereal market in Germany have been prolific and since then new product development has reflected a shift in flavours. In 2014, unflavoured hot cereals accounted for only 24% of new product launches in this sector, with apple, cinnamon, chocolate and berry flavours dominating the flavour preferences for new hot cereal products in 2014.

“Porridge is now also more widely available than before in on-the-go and instant formats as brands try to appeal to busy breakfasters. With more and more consumers choosing to eat on the go or at their desks, hot on-the-go porridge products are offering a healthy, quick and filling fix for the morning meal occasion, increasingly attracting a young, busy and health-conscious clientele,” concluded Witham.