CASH disappointed by salt in pizza 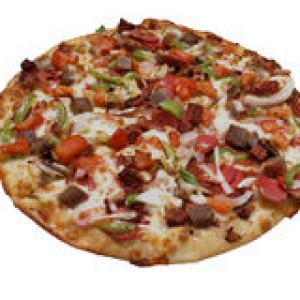 Half (48%) of all pizzas surveyed in the UK (612 out of 1,267) exceed the maximum recommended salt limit for an entire day (6g/day). This is despite a call to action in 2012 following a previous pizza survey and new salt reduction targets being set by the Department of Health’s salt pledge.

The UK survey found that nearly three quarters (73%) of all restaurants and takeaway pizzas (586 out of 802) surveyed contain more salt per pizza than the entire maximum daily recommended salt intake.  Takeaway pizzas including Papa John’s Stuffed Crust Sausage & Pepperoni and Domino’s Hot Dog Stuffed Crust Pepperoni Passion pizza contain as much as 16g salt per medium-sized pizza.  That’s equivalent to nearly three teaspoons of salt, nearly three times the recommended daily limit, and as much salt as you would find in seven Big Macs, CASH said.

Disappointingly, according to CASH,very little has improved in the last two years in the UK. CASH carried out a similar survey in 2012 and found that the majority of pizzas (59%) mentioned in both surveys have either remained the same or had in fact increased in salt. For example, Sainsbury’s Thin & Crispy Cheese & Tomato Pizza now has more salt than it did two years ago (0.88g/100g in 2012 vs 1.3g/100g in 2014). In 2012 Pizza Express were highlighted, as their restaurant pizzas were saltier than their pizzas sold in supermarkets. Now the values appear to be fairly similar to each other; unfortunately, said CASH, the salt content of their supermarket margherita and pepperoni pizzas have actually increased by as much as 0.3g/100g!

This demonstrates a complete halt in progress and a clear lack of commitment from the food industry, according to CASH. Many manufacturers continue to fail to meet the targets set out by the Department of Health for 2012, and have not signed up to the new Public Health Responsibility Deal Salt Reduction 2017 Pledge, including Domino’s, Dr. Oetker, Iceland, Pizza Express and Goodfella’s.  Even worse, said CASH, only one third (38%) of pizzas targeted to children in restaurants (11 out of 29) would meet the children’s salt target of 1.8g/salt per portion.

“Most of us aren’t aware of how much salt we actually eat on a daily basis, and thus the danger we are putting ourselves in,” said Sonia Pombo, nutritionist at CASH. “With three-quarters of our salt intakes coming from processed foods such as pizza, how are any of us able to choose a healthier diet? We need the food industry to help us improve our diet, not to hide three times more salt than is recommended in a day in a single pizza.”

WASH (World Action on Salt & Health) reveals that the picture worldwide is just as worrying – perhaps even more so depending on which country you live in.  WASH surveyed a total of 565 pizza products from supermarkets, takeaways and restaurants across 11 countries and found that almost half (310 out of 565) of the pizzas surveyed contained MORE salt than the 5g maximum limit as recommended by the World Health Organisation.

For example, the saltiest pizza surveyed is the Pizza Hut Meat Lovers Thin N Crispy sold in the USA which contains 23.6g salt per large pizza, almost five times the WHO 5g limit.

Further to this there were huge variations in the amount of salt in the same pizza sold in different countries. For example; people eating a Pepperoni Lover’s Pan Pizza (22.20g salt/pizza) from Pizza Hut in the USA would be eating over three times more salt than people eating the same large pizza in New Zealand (6.58g salt/pizza).

“The fact that some pizza manufacturers are able to produce the same pizzas with much lower levels of salt demonstrates that there are no technical reasons why other pizza manufacturers can’t also do so,” said Clare Farrand, International Programme Lead at the World Action on Salt and Health. “We urge all pizza manufacturers to reduce salt in all pizzas to the lowest level in all countries if we are to tackle the huge and burdening problem of strokes, heart attacks and heart failure.”

“Eating too much salt puts up our blood pressure, the major cause of strokes, heart attacks and heart failure, the leading cause of death and disability worldwide,” said Professor Graham MacGregor, Chairman of CASH & WASH and Professor of Cardiovascular Medicine at Barts & The London School of Medicine and Dentistry. “Reducing salt intake around the world would save millions of lives each year.”

“At the World Health Assembly in May 2013 it was unanimously agreed that all countries should reduce their daily salt intake by 30% towards a target of up to 5g per day, by 2025. Our survey has shown that many pizza manufacturers are still adding very large and completely unnecessary amounts of salt to their pizzas. This is completely unacceptable and our advice is to avoid eating pizzas from these manufacturers.”