According to a blog post by Jack Skelly, Research Analyst at Euromonitor International, the world’s tolerance for hot sauces appears to be rising. From a global perspective, sales of spicy chili sauces grew by nearly twice as much as packaged food in the five years to 2014. Moreover, growth was well balanced, with strong performances […] 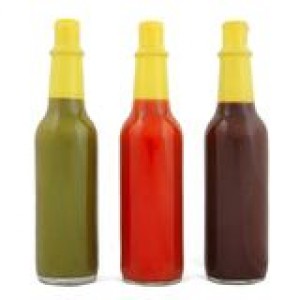 According to a blog post by Jack Skelly, Research Analyst at Euromonitor International, the world’s tolerance for hot sauces appears to be rising. From a global perspective, sales of spicy chili sauces grew by nearly twice as much as packaged food in the five years to 2014. Moreover, growth was well balanced, with strong performances in both developing and developed markets, which have been struggling – in North America, chili sauces contributed 11% to all additional packaged food growth over 2009-2014, while in Asia Pacific, an extra US$493 million was added by these sauces.  There are several reasons why these sauces are performing so well across the world.

High streets and street food are playing an important part in the West’s growing penchant for hot sauces. High street fast food chains are extremely interested in what foods are fashionable in street food. At the moment, there are a couple of standout trends: the first is the irresistible rise of all things Mexican, as Burritos have become ubiquitous. Chipotle, an American fast food chain that sells Mexican cuisine, recorded a 19% CAGR between 2008-2013, and is now expanding globally; Latin American chained fast food grew by 25% in the US over the same period. Elsewhere, Nando’s, which sells Portuguese/Mozambican food that utilises hot sauces, continues to enjoy success, with global sales almost doubling over the last five years. Pan-Asian street food has also risen, with Vietnamese and Korean food becoming particularly prevalent in the US and the UK. Sriracha sauce, which is the Asian equivalent to tomato ketchup, is an essential component of these forms of cooking.

As a result of the ubiquity of these sauces and increased exposure to cuisines that are spicier than standard Western fare, there has been an increased disposition for, or at least tolerance of, spice. Subsequently, as sauces have become more widely accepted, they have trickled down into supermarkets, which have jumped on the bandwagon. In the UK, Nando’s already sells its Peri-Peri sauces in grocery stores, and has more than doubled its sales of chili sauces over the last five years.

Hot table sauces also signify two broader trends in developed markets. Firstly, consumers are developing more sophisticated tastes, and are becoming more willing to experiment and try new flavours. This is conducive to additional sales in developed markets, where hot sauces are relatively niche products and consumers have larger disposable incomes, which makes them more willing to purchase non-essential products. This demand for more sophisticated goods is broadly applicable across different food products in these countries. Within chocolate confectionery, for example, preference for darker chocolate and unusual flavour combinations, such as chili chocolate, has grown.

Table sauces also give users the opportunity to customise their dishes. Unlike popular cuisines such as curries, sauces such as Sriracha or Peri-Peri make spice optional, which makes them more accessible to those who are put off by hot dishes. These sauces are also lighter and more easily digested than curries, which could boost their appeal. They also possess a novelty value that stalwarts of the sauces market, such as Heinz, have been less successful in copying – with this company’s market share stalling in Western Europe and North America.

Chili sauces are expected to maintain their substantial growth over the next five years, with an additional US$632 million of new sales globally. Again, this compares favourably with the overall performance of both sauces and packaged food – in North America, growth of hot sauces is expected to grow 15 times quicker than the overall sauces market. Companies would certainly do well to invest in these products.

The success of these products also suggests that companies should take risks on niche or artisanal flavours that are popular within street food. The success of Sriracha shows that ubiquity in fashionable city food markets can translate well into broader packaged food retail sales. Taking a gamble can reap dividends, concludes Skelly.