The FAO Food Price Index continued to decline in January, averaging 182.7 points for the month, or 1.9 percent below its December 2014 level. Lower prices reflect strong production expectations as FAO also raised its 2014 forecast for world cereal production to a record high and noted that early indications for crops in 2015 are […] 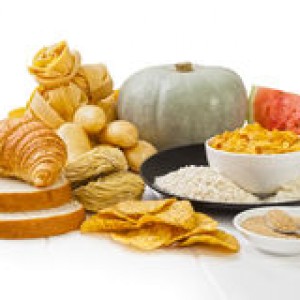 The FAO Food Price Index continued to decline in January, averaging 182.7 points for the month, or 1.9 percent below its December 2014 level.

Lower prices reflect strong production expectations as FAO also raised its 2014 forecast for world cereal production to a record high and noted that early indications for crops in 2015 are favourable.

The index has been on a downward path since April 2014. The January decline was partly influenced by robust inventories, continued strength in the U.S.  dollar and weak crude oil prices.

The FAO Cereal Price Index averaged 177.4 points in January, down 3.6 percent from the previous month and is now 34 percent below its June 2008 peak. International wheat prices fell by 7 percent from December, reflecting ample supply conditions.

The FAO Vegetable Oil Index also fell significantly to 156.0 points, down 2.9 percent from the previous month and is now at its lowest level since October 2009. The decline was driven largely by ample supplies of soy oil and lower crude oil prices, which erode the attractiveness of using vegetable oils for biodiesel.

The FAO Meat Price Index declined 1.6 percent during the month to average 194.3 points. The decline was partly brought about by the U.S. dollar’s strength, notably against the euro, as well as by abundant global pigmeat availability for export.

The FAO Dairy Price Index was stable in January, averaging 173.8 points as rising butter prices offset a decline in prices – spurred in part by the weakening euro – for cheese and skimmed milk powders.

The meat index alone has risen since January 2014, increasing 6.6 percent. The dairy index has seen the largest drop, declining 35 percent since the same period 12 months earlier.

Meanwhile, the cereal output estimate for 2014 was raised to 2,534 million tonnes, driven higher by improved prospects for coarse grains, according to FAO’s latest Cereal Supply and Demand Brief.

As for the forthcoming 2015 season, the winter wheat crops now in the ground in the northern hemisphere generally enjoyed propitious weather and more acreage was sown in North America and the Near East, offsetting some decreases in the Russian Federation and parts of Far East Asia. Overall conditions for maize crops in the southern hemisphere are also satisfactory, although FAO noted that lower prices for maize has led to reduced plantings in South America.

Globally, 1,104 million tonnes of cereals will be used for food consumption, up 1.1 percent from the previous year.

Global cereal stocks in 2015 are forecast at around 623 million tonnes, up 8 percent from a year earlier. Inventories of wheat and maize are anticipated to grow, while those for rice are poised to drop by about 4 million tonnes in 2015, with notable reductions in India, Indonesia and Thailand.

As a result the global cereal stock-to-use ratio for 2014/15 should rise to 25.0 percent, its highest level in more than a decade and well above the historic low of 18.4 percent recorded in 2007/08, a time of volatile international food commodity prices.