» The FAO Food Price Index averaged 192.6 points in November 2014, virtually unchanged from October, but 13 points (6.4%) below November 2013. While the price indices of both cereals and vegetable oils rose last month, they fell markedly in the case of sugar and dairy products and remained stable in the case of […] 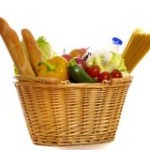 » The FAO Food Price Index averaged 192.6 points in November 2014, virtually unchanged from October, but 13 points (6.4%) below November 2013. While the price indices of both cereals and vegetable oils rose last month, they fell markedly in the case of sugar and dairy products and remained stable in the case of meat.

» The FAO Cereal Price Index averaged 183 points in November, up 4.7 points (2.6%) from October, but still 11.3 points (5.8%) down year-on-year. The November increase marked the first significant monthly gain since March 2014, as large supplies and prospects of another good production in 2014 continued to weigh on prices. However, in the past few weeks, international wheat quotations recovered, largely on less than ideal growing conditions in recently sown crops in North Hemisphere countries, while maize received support from gains in the soybean complex. By contrast, rice prices weakened, reflecting the arrival of abundant newly harvested supplies on the market and sluggish import demand.

» The FAO Dairy Price Index averaged 178.1 points in November, down 6.2 points (3.4%) from October and 72.7 points (29.0%) less year-on-year; the substantial fall in international milk product prices over the past 12 months compares with a more modest year-on-year decline for the FAO Food Price Index overall.  Since the beginning of the year, when prices were exceptionally high, quotations for dairy products have fallen, mainly as a result of increased export availability and a reduction in the pace of importation by some of the major markets, especially China and the Russian Federation.

» The FAO Meat Price Index averaged 210.4 points in November, essentially unchanged from its revised value for October.  Quotations for most types of meat, in particular bovine meat, are at historic highs, and the Index stands 24.8 points (13.3%) above its corresponding level in 2013. Quotations for all types of meat were stable in November, with the exception of ovine meat which moved moderately higher.

» The FAO Sugar Price Index averaged 230 points in November, down 7.6 points (3.2%) from October 2014. Last month’s decline reflected a return of rainfalls in the main sugar producing region in Brazil, the world’s largest sugar producer and exporter, which reduced concerns over the potential effect of a prolonged drought that had affected the country. Against a backdrop of ample supplies, international sugar prices remained about 8% below their level in November 2013.