To guarantee high quality beer, breweries monitor the production process very closely, notes Fraunhofer Institute. With a new polymer powder developed by the organisation, this monitoring will be faster and simpler in the future, it says. Manufacturers can also test drinks such as milk, juice, cola and red wine with the quick check. Brewers try […] 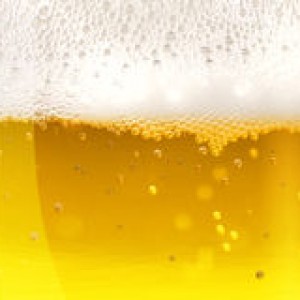 To guarantee high quality beer, breweries monitor the production process very closely, notes Fraunhofer Institute. With a new polymer powder developed by the organisation, this monitoring will be faster and simpler in the future, it says. Manufacturers can also test drinks such as milk, juice, cola and red wine with the quick check.

Brewers try to keep the product free from harmful microorganisms because pathogens that enter into the beer during the brewing process can spoil the pleasure of the drink. They not only provide strong variations in taste and smell; the beer can also become cloudy, sour and unwholesome.

Therefore, ongoing quality controls accompany the production process. However, conventional microbiological methods require five to seven days to detect beverage-spoiling organisms, such as bacteria and yeasts. It is often too late at that point to take corrective action.

In collaboration with GEN-IAL from Troisdorf, researchers at the Fraunhofer Institute for Applied Polymer Research IAP in Potsdam have developed a polymer powder that significantly simplifies these tests and shortens the time that they require. The company supplies breweries with analysis tools for quality control.

From the test to the reliable result takes two to three days. The reason: until recently, beer has been filtered in special equipment. In this process, the bacteria remain on a membrane and are then elaborately cultivated in a special culture medium before they can be examined microscopically. The new polymer powder from the IAP replaces this process: the powder is added to the liquid sample. The powder’s functionalised surface binds the bacteria efficiently. The pathogens adhere to the 100 to 200 micron powder particles. These can be easily removed along with the microbes in a specially developed system and analysed directly using various microbiological methods. The time-consuming enrichment in a nutrient medium is no longer necessary.
With the new method, food experts can investigate beer and other beverages for infection by pathogens, which, says Fraunhofer,  was hardly or not at all possible with the traditional membrane filtration method.

“Membrane filtration is not suitable for the quality control of beverages such as fruit juices, milk, cola and red wine. They contain so much solid or suspended matter that the filter clogs quickly,” said Dr. Andreas Holländer, scientist at the IAP. Breweries have also only been able to examine small sample volumes of up to one litre via membrane filtration. With the polymer powder, tests with 30 litres or more are possible.

“Wherever a small amount of microbes has to be extracted from a large amount of liquid, the new technique can be useful,” added Holländer.

“Through the use of the powder, food safety is increased, since it is more likely to find trace contaminants in large volumes of the beverages,” said Dr. Jutta Schönling, managing director of Gen-IAL.