Nestlé is to intensify its research in the field of epigenetics, the science of how eating behaviours and other environmental factors can affect genes, health and that of  offspring, for future generations to come. The company has announced it will contribute CHF 22m to a six-year research partnership with an international alliance of researchers at institutions in Southampton, […] 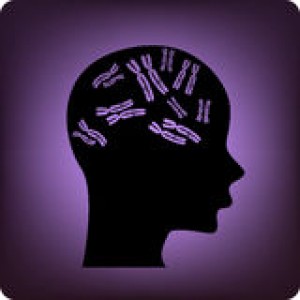 Nestlé is to intensify its research in the field of epigenetics, the science of how eating behaviours and other environmental factors can affect genes, health and that of  offspring, for future generations to come.

The company has announced it will contribute CHF 22m to a six-year research partnership with an international alliance of researchers at institutions in Southampton, Auckland and Singapore, who make up the EpiGen Consortium. The company said that the jointly-funded public-private partnership will be one of the largest of its kind.

Nestlé has been collaborating with the Consortium since 2011, studying how the diet and lifestyles of pregnant women influence the activity of their baby’s genes and how these subtle epigenetic changes impact the future healthy growth and development of their children.

“This is an important collaboration for Nestlé as it will help to better develop our understanding of the influence of nutrition and genetics at the beginning of life and continue to build our knowledge in this important area,” said the company’s Chief Technology Officer, Stefan Catsicas.

“To be involved in such cutting-edge research in such a vital and exciting field will enable us to create products that have a proven, positive impact on the health of mothers and their children. Ultimately, being a leading Nutrition, Health and Wellness company is about improving the quality of peoples’ lives.”

The collaboration aims to improve nutrition and reduce risk factors of pregnancy-related conditions such as gestational diabetes, a growing problem affecting about 20% of pregnancies in the South-East Asia region. Gestational diabetes is known to negatively impact the growth and development of children as well as the mother’s future health.

“Science shows that the nutrition infants and young children receive in the first 1,000 days from conception has a long-lasting influence on their health, wellness and quality of life,” said Heiko Schipper, CEO of Nestlé Nutrition.

“At Nestlé, we embrace this unique window of opportunity to nurture a healthier generation by providing them with science-based products.”

EpiGen’s member institutes and Principal Investigators welcomed the deepening of the collaboration.

“We are pleased that this important collaboration will build on the ongoing research into improving nutrition for mothers and their infants,” said the University of Southampton’s Keith Godfrey, Head of the EpiGen Science Management Group.

“The comprehensive expertise of EpiGen researchers combined with Nestlé’s scientific teams will ensure that we move closer to improving the health of future generations.

“One strength of the EpiGen Consortium is our ability to study mothers and infants across three very different populations, adding further insight into the relationship between genetic background and nutritional influences on disease burden for the mother and infant” he added.

Since its establishment in 2006, scientists from the EpiGen Consortium have made significant research discoveries in the areas of maternal and young child nutrition.

For example, EpiGen researchers have shown that the impact of nutrition in expectant women, such as a low-carbohydrate diet, is related to chemical changes in parts of their baby’s DNA, and that these changes can indicate a greater risk for these young children to become overweight or obese during childhood. (Godfrey KM et al, Diabetes 60:1528–1534, 2011).

The Nestlé scientists working in this research programme are based at Nestlé Research Center in Lausanne, the world’s largest, private food nutrition research organisation.