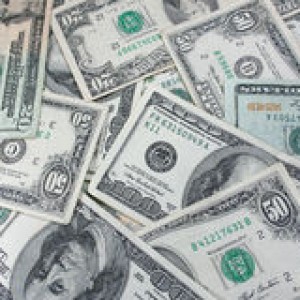 “We are pleased to report that IFF achieved its long-term financial targets for 2014. We met or exceeded our revenue, operating profit and EPS goals and, at the same time, continued to invest in R&D, manufacturing and commercial resources to strengthen our business longer-term,” said Andreas Fibig, Chairman and Chief Executive Officer. “In addition to our strong results, 2014 marked great strides in sustainability, with our inclusion in the CDP Climate Disclosure Leadership Index. We also successfully integrated Aromor into our Fragrances business, which contributed to our overall results. And of course, we celebrated our 125th year anniversary, a tremendous achievement, which was exemplified by our people and their passion, creativity, expertise and empowerment.”

The Flavors Business Unit reported that sales increased 4%, or $13.3 million, to $356.3 million from $343.0 million in the prior year quarter. Local currency sales grew 6% in the fourth quarter, against a 7% year-ago comparison, led by 7% growth in the emerging markets and a strong performance in North America. On a category basis, Beverages grew high double-digits with broad-based growth across all regions driven by strong innovative solutions for better-for-you products. Growth in Savory was also solid, improving mid-single digits globally, led by new win performance. Flavors segment profit totalled $72.6 million, compared with $69.5 million in the prior year quarter.

Reported Flavors sales for the full year increased 2%, or $34.3 million, to $1.5 billion. Local currency sales increased 4% in 2014, as growth in Beverage, Dairy and Savory were driven by the company’s innovation platform for better-for-you products.

On a regional basis, Latin America performed best, growing local currency sales double-digits every quarter in 2014 to finish the year with 16% growth. EAME and Greater Asia both delivered solid local currency growth, while North America, although improved in the second half, was challenged.

Full year Flavors segment profit totalled $331.3 million versus $323.6 million in the prior year, or an increase of 2%.

“As we look ahead to 2015, we believe our business is positioned for continued performance that generates favorable returns for our shareholders, despite some macro-economic uncertainty and increased currency pressure,” said Fibig. “We have a well-balanced geographic profile, a diverse product portfolio, and a strong innovation pipeline that we believe sets us apart from the competition. We believe this breadth and diversity provides our investors with an attractive combination of sustainable growth and strong cash flow generation. As such, our local currency sales and operating profit outlook for 2015 is consistent with our long-term targets, while we expect EPS growth in the high-single digits.”