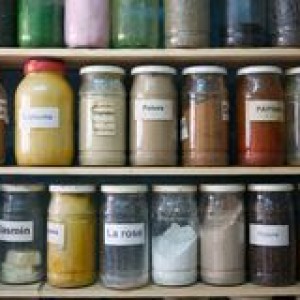 Hybrid flavours, or unconventional flavour pairings, will remain popular through the year ahead. Specifically, Sensient predicts the following two flavours will be on the rise:

Maple Mirch (Mirchi) – The popularity of Indian cuisine is growing as consumers learn the depth and breadth of this particularly rich heritage. Mirch, Hindi for chili pepper, brings spice and heat from India and combines it with maple, a fan favourite in the Western world. This East-meets-West hybrid pairs the familiar sweetness with the exotic Indian flavour creating something consumers will be eager to try.

Consumers are also becoming more curious about regionally inspired flavours as they look to food as a gateway to the world’s cultures. In 2015, regional flavour trends take their cues from the equator:

African Blue Basil – A perennial basil, this variety is a sterile hybrid of two breeds that yields an unexpected flavour with anise undertones.

Falernum – Falernum is a sweet syrup boasting hints of almond, ginger, cloves, lime, vanilla and allspice. It’s often paired with rum in Caribbean and tropical drinks, but it’s popping up in non-alcoholic beverages like coconut water and is expected to hit the food market in coming years.

Desert Wildflowers – Though polarizing, floral flavours are on the rise for 2015, and the mild flavour of the desert wildflower makes it a popular pick that can be enjoyed by all.

Cascara Tea – Commonly consumed in Bolivia (where it’s called Sultana), cascara tea is made from the dried berries of the coffee plant and is often mixed with cinnamon.

Category-blurring flavour trends like “Savoury 2.0” are firing on all cylinders. As consumers take inventory of their pantries, savoury updates on traditionally sweet applications are proving to be viable alternatives as long term staples. Whether it is sugar replaced with salt or repurposing more familiar flavours, this trend will include:

Salted Satsuma – The perfect balance of sweet and savoury, the addition of salt elevates this summertime favourite. Satsuma, a Japanese orange varietal, gained popularity in New Orleans in recent years. It is another citrus expected to appear in flavour undertones in 2015.

The consumer insights were developed utilising Sensient’s “Trends to Taste” program, a proprietary predictive process that filters trends from the broad, consumer, macro level down to finished concepts that best demonstrate each flavour profile.

“The 2015 Trends to Taste program centres around one consistent theme: ethnic exploration through flavours,” said Teresa Olah, marketing director, Sensient Flavours. “Consumers are seeking adventure in their food and see their choices as an expression of themselves. They are enjoying the ability to sample other cultures through food.”