A new study suggests that breakfast cereal choice may affect how full consumers feel and how much they eat for lunch, especially if they are overweight. According to new research published in the latest issue of the Annals of Nutrition and Metabolism, scientists found that having oatmeal (Quaker Oats Quick 1-minute) for breakfast resulted in greater fullness, […] 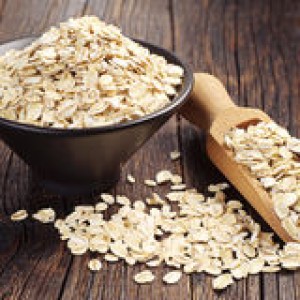 A new study suggests that breakfast cereal choice may affect how full consumers feel and how much they eat for lunch, especially if they are overweight. According to new research published in the latest issue of the Annals of Nutrition and Metabolism, scientists found that having oatmeal (Quaker Oats Quick 1-minute) for breakfast resulted in greater fullness, lower hunger ratings and fewer calories eaten at the next meal compared to a calorie-matched breakfast of a ready-to-eat cereal (RTEC) – sugared corn flakes.

Scientists from the New York Obesity Nutrition Research Center at Mount Sinai St. Luke’s Hospital randomly assigned 36 subjects (18 normal weight and 18 overweight) to each receive three different breakfasts.  The breakfasts consisted of 350 calories of similar amounts of carbohydrates, fat and liquid from either quick-cook oatmeal or sugared corn flakes.  A third control breakfast was only 1.5 cups of water.  To evaluate appetite, ratings of hunger and fullness were obtained at frequent intervals before and after the breakfast until a lunch test meal 3 hours later.  Researchers measured the calorie intake of the lunch meal consumed to compare the effects of the corn flakes, oatmeal or water breakfasts.  Blood samples were collected just after each of the appetite ratings to assess levels of glucose, insulin, acetaminophen (a marker for how quickly the breakfast emptied from the stomach into the intestine) and various hormones related to appetite, in response to each breakfast.

“Our results show that despite eating the same number of calories at breakfast, satiety values were significantly greater after consuming oatmeal compared to sugared corn flakes. After three hours, subjects reported the same level of hunger after having a corn flakes breakfast as they did when they consumed only water,” said lead researcher Allan Geliebter, research psychologist in the Department of Psychiatry at Mount Sinai St. Luke’s Hospital. “Interestingly, the results were more pronounced for the participants who were overweight, suggesting that overweight individuals may be more responsive to the satiety effects of the dietary fiber in oatmeal.”

The study authors suggested that the greater satiety effect of oatmeal cereal compared to sugared corn flakes or water might be due to a slower gastric emptying (oatmeal took longer to leave the stomach).  Given that the results were more pronounced in overweight subjects, researchers suggested that a longer-term weight control study testing daily oatmeal for breakfast is warranted.

“Consumers choose oatmeal for its great taste, well-established health benefits and convenience, but scientists are finding that eating oatmeal for breakfast may also be one of the easiest ways to improve satiety after breakfast,” said Marianne O’Shea, Director, Quaker Oats Center of Excellence. “We are encouraged by the potential for future investigations that could have a positive impact on public health and give people more reasons to enjoy oat-based breakfasts and snacks.”