Home News The prize no brand wants to win: 2022’s most misleading products

Netherlands-based Foodwatch runs an annual Golden Egg competition in which it asks consumers to vote for the most misleading food or drink product of the year. The aim of the tongue-in-cheek award is to draw attention to the misleading – but legal – marketing practices of food and drink manufacturers.

“Thousands of products flirt with you with sweet talk marketing and cheating advertisements,” reads the Foodwatch website in Dutch. “Our reporting centre [...] receives daily complaints from disappointed consumers who feel misled in the supermarket. We have been researching the truth behind claims on food packaging for years. Based on this research and the complaints received, [we select] the candidates who, in our opinion, go too far.”

The nominees: Kellogg, Jumbo, and Dekamarkt

Jumbo is up for a nomination with its iced tea range available in three flavours: inner beauty, feel immune, and good energy.

The consumer rights organisation notes that an individual would have to drink over three litres of the product to reach the recommended intake for some vitamins and minerals but each 500-ml pack contains over 18 g of sugar and just 0.07% green tea.

Foodwatch says: “Sugar water with a touch of vitamins where the tea is hard to find! It's amazing how Jumbo manages to make something healthy out of something that isn't so healthy. The Inner Beauty iced tea is said to be good for skin, hair, and nails. But you mainly buy water, sugar, and fructose syrup.”

Kellogg's All-Bran Fruit'n Fibre has been nominated for its "shrinkage inflation" phenomenon. According to Foodwatch, the contents of the pack have been reduced by a quarter but the appearance and size are still the same. The price has dropped only slightly but the price per kilo has increased considerably, it added.

Finally, a potato and free-range egg salad made by Dekamarkt is also nominated. Despite marketing the product as “traditional”, “artisan” and “from grandma’s recipe”, the product contains several ingredients that are unlikely to be found in a grandmother’s kitchen, including sodium benzoate, potassium sorbate, and hydrolysed vegetable protein.

A spokesperson for Jumbo told Ingredients Network it planned on changing the product packaging to bring it in line with its recently amended health policy.

“We are aligning the packaging with our health policy. With the nomination, we are accelerating the process,” the spokesperson added.

Kellogg and Dekamarkt did not respond to a request for comment in time for publication of this article. 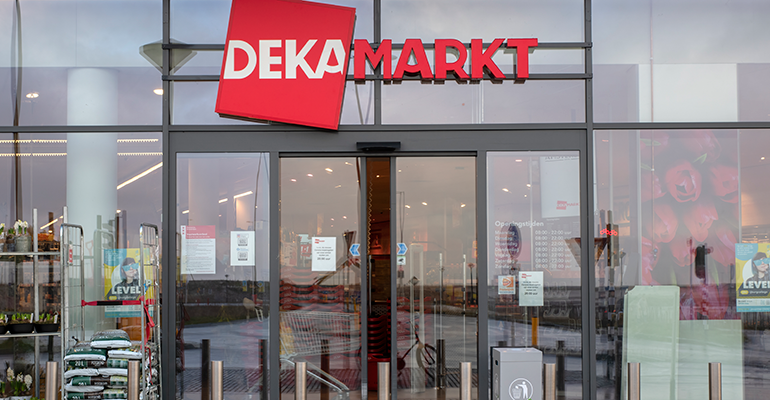 Foodwatch’s Golden Egg campaign is now in its 13th year and, in recent years, over 121,000 consumers have cast their vote.

Previous winners include De Kleine Keuken, which scooped up first prize in 2019 for its chocolate spread for babies. The company marketed the product as “good [and] natural for your little one” but Foodwatch noted at the time that the product was made of 69% sugar and fat. “The claim 'from 8 months' is particularly disturbing,” said Foodwatch, adding that the non-profit Nutrition Centre (Voedingscentrum) told it that “parents are being misled by this”.

In 2017, retailer Jumbo won for its 'honest' cornbread, made without corn flour or cornmeal. The bread product is yellow only due to the inclusion of turmeric for colour and contains some corn pieces “for decoration”, slammed Foodwatch.

Coca-Cola, Unilever, Albert Heijn, and Ferrero have also won in the past. To see the full list of past Golden Egg winners, click here.

Winners of the 2022 award will be announced soon, says Foodwatch.