A study recently published in the Journal of Neurosurgical Sciences shows daily use of Pycnogenol, a  natural plant extract from French maritime pine tree bark, may help improve attention span, memory, decision-making – including executive-level performance – and overall cognitive function. “This study finds Pycnogenol to be a safe and effective natural option to improve day-to-day […] 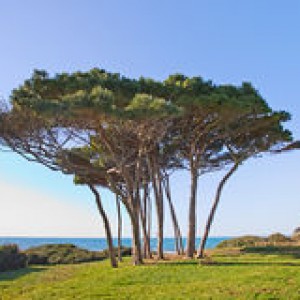 “This study finds Pycnogenol to be a safe and effective natural option to improve day-to-day cognitive function, essentially serving as ‘brain food’ for executives, entrepreneurs and those who want help sharpening their decision-making. What is unique about this study is that it observes how Pycnogenolcan positively impact mood as participants reported feeling less anxiety and a stronger sense of content. That may be connected back to the mental performance boost and demonstrates the effects of dramatic reduction of oxidative stress,” said physician and nutritional medicine expert Dr. Fred Pescatore.

According to the National Center for Biotechnology Information, the average American’s attention span has reduced from 12 seconds (reported in 2000) to eight seconds, which can hurt productivity and quality of work produced.

The peer-reviewed study conducted at Chieti-Pescara University in Italy included 59 participants between ages 35 – 55, all of whom were generally fit and followed a healthy lifestyle.

In the study, 30 participants supplemented Pycnogenol 50mg/three times daily in combination with a controlled health plan; 29 participants in the control group followed the controlled health plan alone. The health plan involved regular sleep, balanced meals and daily exercise. While there is no single solution to improved cognitive function, lifestyle patterns and daily exercise routines have shown to increase attention span and improve mood.

In the study, after 12 weeks of daily supplementation with Pycnogenol, results were also shown to:

“This study completes a number of research observations indicating that Pycnogenol can naturally help improve some aspects of cognitive functions throughout life. Multiple studies have been conducted using Pycnogenol and showing its positive effects in managing and improving some attention parameters in children with ADHD, in improving results of specific cognitive test in students and in improving several aspects of cognitive functions in adults over 60,” said Dr. Gianni Belcaro, lead researcher of the study.

“These latest findings are supported by decades of research on Pycnogenol’s ability to naturally regulate oxidative stress levels (that may significantly affect some cognitive functions) and confirm the positive impact on overall cognitive function.”

“Participants who supplemented daily with Pycnogenol demonstrated stronger performance in daily mental tasks such as dealing with money, managing people, and coping with stress. Those are mental performance benefits that can be felt from the home to the office and even in the classroom,” said Pescatore.

Pycnogenol is a natural plant extract originating from the bark of the maritime pine that grows along the coast of southwest France and is found to contain a unique combination of procyanidins, bioflavonoids and phenolic acids, which are said to offer extensive natural health benefits.  The extract has been widely studied for the past 40 years and has more than 340 published studies and review articles ensuring safety and efficacy as an ingredient. Today, Pycnogenol is available in more than 700 dietary supplements, multi-vitamins and health products worldwide.  Horphag Research is the exclusive worldwide supplier of Pycnogenol.