Arla Foods has officially inaugurated a brand-new production area at its site in Pronsfeld, near Bitburg-Prüm in the Eifel district. A total of about €110 million was invested in the construction of a new milk drying tower, a new creamery and additional milk preparation and processing capacity. This represents a further step in the company’s […] 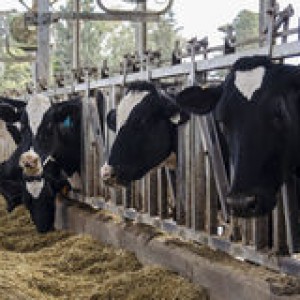 Arla Foods has officially inaugurated a brand-new production area at its site in Pronsfeld, near Bitburg-Prüm in the Eifel district.

A total of about €110 million was invested in the construction of a new milk drying tower, a new creamery and additional milk preparation and processing capacity. This represents a further step in the company’s continuous, successful development of its Pronsfeld location in Rhineland-Palatinate.

The Pronsfeld location has evolved into one of the largest dairy production locations in Europe over the past 50 years. As early as 1967, dairy products with a remarkably long shelf life were being produced in the Eifel region with great success – this production continued under the auspices of Milch-Union Hocheifel (MUH) until 2012.

“We will be using our various powdered milk products to supply our growth markets in Asia and Africa as well,” said Tim Ørting Jørgensen, head of Arla’s Consumer Central Europe division (CCE).

German dairy butter and the already highly successful blended spread Arla Kærgården will be produced here for the German market and for the Arla countries in Central Europe.

This makes the Pronsfeld location the largest production site in Arla’s entire network, as well as Arla’s centre of excellence for long-life dairy products.

“To my mind, this ultramodern dairy production facility is first and foremost a testament to forward-thinking farmers who have ventured to take a bold step forward. Instead of ducking their responsibility, they have taken their future into their own hands. As the chairman of a cooperative, that is something that makes me very proud,” said CEO of Arla Foods, Peder Tuborgh.

The company said that it has placed particular emphasis on the sustainable – that is, energy-efficient – design of the new facilities. The result of the initiative is a series of production facilities that are not only state-of-the-art, but also live up to Arla’s principles of sustainability and corporate responsibility.

“The expansion of the location and the commissioning of the new facilities has had another very positive effect. We have succeeded in creating around 75 new jobs in this area,” said Pronsfeld Site Manager Jürgen Wolf.

Already one of the largest employers in the region, since 2012 Arla has increased the number of employees at the Pronsfeld location to over 1000 people.