The long-held belief that fruit is good for you has increasingly come to the fore in recent years with rising promotion of its health benefits combined with generic industry efforts to encourage us to eat more. With this background, plus rising globalisation and an increasing emphasis on the new and unusual, it is interesting to […]

The long-held belief that fruit is good for you has increasingly come to the fore in recent years with rising promotion of its health benefits combined with generic industry efforts to encourage us to eat more. With this background, plus rising globalisation and an increasing emphasis on the new and unusual, it is interesting to see how the fruit market has developed in recent years, with the exotic becoming the everyday in many countries.  Tropical fruits such as mango, guava, kiwi, lychee and passionfruit were once automatically regarded as exotic, but are now relatively standard fare, while for the new exotic we have to find other options, such as guanabana (soursop), seabuckthorn, prickly pear, baobab or jujube.

The term ‘superfruits’ has also entered the language, although controversy over what that means and/or whether it should be used at all continues to rage.  Nonetheless, the rise of ‘superfruits’  has been increasingly in evidence over the past decade or so, with growing consumer awareness of the health benefits associated with their high antioxidant contents helping to drive activity. This has brought many hitherto little known fruits into the mainstream market for the first time, often for use as ingredients and flavourings in a wide range of food and drinks products.

Pomegranate was one of the first arrivals and has probably been one of the fruits most widely associated with the ‘superfruits’ concept.  It first emerged in this guise in Japan before becoming relatively standard there, and then appearing in the US before moving on to Europe.  It was subsequently joined by lesser-known fruits such as goji, acai and mangosteen.

Berries have also moved into the mainstream and broadened their offerings; this is reflected in soft drinks flavours, where berry and summer fruits were used in a quarter of the juice and juice drink launches recorded by Innova Market Insights in the 12 months to the end of September 2014.  Standards such as strawberries and raspberries have been joined by a raft of other berries, many actively promoting their health benefits.  Cranberries and blueberries are now well established, and are being joined by other varietals, many of them seasonal and/or regional, such as blackberries, chokeberries, elderberries, lingonberries and cloudberries.

Cherries have also seen rising levels of interest, aided by a growing body of evidence about their health benefits, and are now squarely in the frame for ‘superfruit’ status. They are also increasingly being used in juices and juice drink blends. Although they are not among the top fruits used in juice drink introductions, with orange and apple still dominating globally, ahead of mango and grape, they did feature in about 7% of the juice and juice drink launches recorded by Innova Market Insights. There is also a rising emphasis on differentiating cherry types, not just sour/tart or sweet, or black or red, but also specific varieties such as Montmorency, Amarena and Morello. 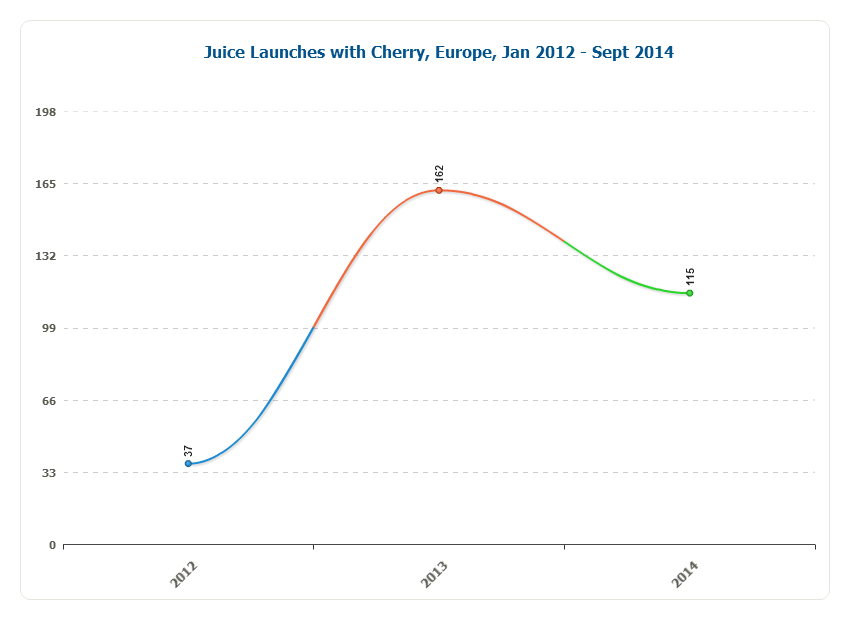 It is clear that the fruit market is changing before our eyes, with the subsequent influence on industrial ingredient usage, particularly in soft drinks.  It is difficult to predict where the new success stories will come from, but what is almost inescapable is that there will continue to be new and established varieties put forward as ‘the next big thing,’ although the ability to supply the larger quantities needed if they are taken up, and to market their multiple benefits successfully in competition with existing lines, will be critical to their success.

From coffee to ice cream, recent product launches demonstrate how companies are betting on chickpea in the plant-based revolution… but could a global shortage scupper innovation?

Tetra Pak has become the latest big company to exit its remaining operations in Russia as the country faces increasing shortages under ongoing sanctions.

The European soft drinks sector has achieved a 17.7% reduction in average added sugars since 2015, says its industry association, UNESDA. However, experts warn that the “war on sugar” will intensify from both consumers and governments in the next few y...

Diageo has unveiled plans for a €200 million carbon-neutral lager and ales brewery in Ireland – the country’s first.

Gut health will be a key growth area for personalised nutrition brands in the US throughout 2023, fuelled by the development of more user-friendly microbiome testing kits and the importance of gut health for US consumers, according to the Nutrition Bus...

How (and why) should food brands leverage social media?

Social media is a powerful and far-reaching tool which allows brands to get closer than ever before to their consumers. To reap its value, brands should closely monitor consumer attitudes on social media and proactively engage with them.

Shifting trends: Analysing the impact of high inflation in India

Despite food and beverage categories in India feeling the pinch of increasing inflation, the overall outlook remains upbeat as governmental support steps in and evolving consumer purchasing patterns shape the sector.

Shifting to alternative proteins could be the “most capital-efficient and high-impact” solution to today’s climate crisis, according to a new report from Boston Consulting Group (BCG), which suggests more than 30% of consumers are willing to fully swap...