Arla Foods amba has announced that its on-account price will reduce by one eurocent per kg (0.77 pence when applied to the UK standard litre), with effect from 6 July 2015. In addition, sterling has continued to strengthen, the company said, and July sees a new quarter’s (April to June) average exchange rate being introduced […] 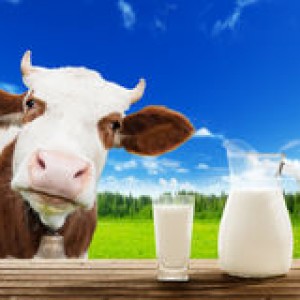 Arla Foods amba has announced that its on-account price will reduce by one eurocent per kg (0.77 pence when applied to the UK standard litre), with effect from 6 July 2015.

In addition, sterling has continued to strengthen, the company said, and July sees a new quarter’s (April to June) average exchange rate being introduced to the pricing mechanism. The introduction of this quarter’s exchange rate into the mechanism has a 0.41 pence negative impact on the milk price.

The combined impact of the currency smoothing mechanism and the reduction to the on-account price lowers the UK standard litre by 1.18 pence, taking it to 23.81 pence.

The Arla direct milk price will reduce by 1ppl from 1 August 2015.

“Commodity markets are continuing their downward trend, despite only a minor reduction in prices in the latest GDT auction,” said Ash Amirahmadi, head of UK milk and member services. “While we have taken significant mitigating actions, the impact has been felt on our traded business and more recently on European markets which are also in decline.”

“Unfortunately, these factors are affecting the entire dairy industry and despite our efforts it has not possible to buck the trend. I can confirm that our customers in the UK are supporting us at this very difficult time for our members.”

The news was described as “another devastating blow” by the UK’s National Farmers Union (NFU).

“This is yet another body blow to dairy farmers whose businesses have been in utter turmoil for the past 12 months, with 450 quitting dairy farming since this time last year in England and Wales,” said NFU dairy board chairman Rob Harrison. “The recent series of cuts have highlighted the need for short-term solutions to address the problems happening now – farmers need urgent help from industry and Government.”

“We need Government to move away from paying lip service and focus on the here and now. Their long-term solutions must take a back seat while we focus on the immediate crisis; we need them to insist on best practice in the supply chain, look at growing dairy consumption and supporting more investment in dairy processing in the UK – and this needs to happen now.

“We also urgently need milk-buyers to be more transparent in pricing. Although there are a few clear formulas employed by milk processors, these are few and far between. We need all processors to improve transparency in pricing and must stop idly following one another to the bottom; this is a dire situation and we need to see the dairy industry pull through this period of volatility. Government has a role here in insisting processors provide up-to-date market and production data so that the whole supply chain can better understand what’s happening and how to manage risk in the future.”