Cheese is at Day 1 of a new era of opportunity, according to Julian Mellentin, director of New Nutrition Business. After 40 years of being demonised for its fat and salt content, he believes that cheese stands at the threshold of a turnaround that will see it re-established as a natural and healthy wholefood, like […] 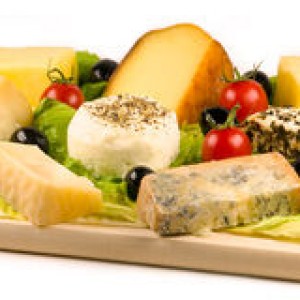 Cheese is at Day 1 of a new era of opportunity, according to Julian Mellentin, director of New Nutrition Business. After 40 years of being demonised for its fat and salt content, he believes that cheese stands at the threshold of a turnaround that will see it re-established as a natural and healthy wholefood, like many other foods before it, from nuts to eggs.

For the food industry it’s great news that science has established that not only is cheese not harmful, with no link to cardiovascular disease or to elevated blood pressure, but also that it could be beneficial thanks to its high protein and calcium content, he says.

“With new science reaching a tipping point, cheese could be the next naturally functional success story,” predicts Mellentin, whose company profiles the cheese opportunity in its June 2015 report.

“People in the dairy industry have a once-in-a-career opportunity to take a dairy food that’s been out of favour for decades and reposition it, with new snack formats and positive health messages,” he adds. “With the right marketing strategy dairy companies can create a massive surge in demand for cheese.”

There is huge potential for growth in cheese consumption in many countries, claims Mellentin. The US, for example, has half the per capita cheese consumption of France’s 26.3kg – a country with one of the lowest rates of heart disease in the world (in fact, research suggests effects of cheese on gut flora could help explain the famous French Paradox).

Even a 5% per annum increase in cheese consumption in the US should be achievable – bearing in mind that almonds were achieving 30% growth (admittedly off a smaller base), he continues. Other countries with low cheese consumption are Australia, Canada, Brazil, Belgium, Denmark, Israel and Sweden.

Cheese has long been held back by fears about saturated fat content, sodium levels, and weight gain, notes Mellentin. Now, he says, those negative perceptions look set to change as advancing science reveals that:

With these negatives removed, other benefits of cheese will become clearer to consumers, Mellentin suggests:

The evolution of science gives every reason to believe that cheese could be the next big food turnaround, just as nuts, once demonised for their fat content, turned out to contain beneficial fats and have gone on to become a snacking success story, Mellentin believes.

How quickly that happens depends on how effectively industry introduces consumers to the new science, how quickly it re-educates health professionals who cling to old ideas about cheese, and how willing companies are to be innovative and create new and convenient products that revitalize consumer interest in this traditional wholefood, he says.

“The real challenge for cheese is not a lack of science demonstrating its benefits,” says Mellentin. “The challenge is whether the industry has the courage to step up and present the new science to health professionals, and to consumers, and – like the nut industry – to press forward with innovative new formats for cheese.”