A recent blog post by Euromonitor International consulting analyst Simone Baroke claims that the current consumer fixation on protein will pass, and that fibre will once again be perceived as making the more important contribution to a healthy diet. High protein is, she says, usurping high fibre, which makes little sense, at least from a […] 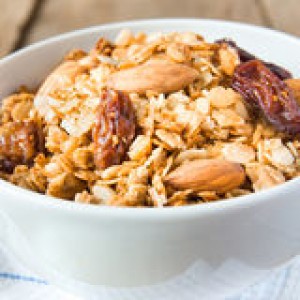 A recent blog post by Euromonitor International consulting analyst Simone Baroke claims that the current consumer fixation on protein will pass, and that fibre will once again be perceived as making the more important contribution to a healthy diet.

High protein is, she says, usurping high fibre, which makes little sense, at least from a public health point of view. Consumer perception that a high-protein intake is healthy and essential for achieving and maintaining an optimum body weight has been drowning out the message that fibre-rich whole grains have much to offer on multiple health fronts, including weight management. The immediate future belongs to protein-fibre combination products, but in the long term, fibre is destined to regain the upper hand.

Right now, it seems to Baroke, all that consumers want is protein, while carbohydrate-rich grains, whole or otherwise, are low down on the list, for the simple reasons that cereals are low in protein, while animal-derived products, such as dairy, eggs, meat and fish, by contrast, offer plenty of this fashionable nutrient. Grain-based foods have just as many calories as protein foods, and in a tussle for plate space, it is grains that are losing out in the current climate. The unfortunate fact that animal-derived foods are devoid of fibre does not seem to concern consumers all that much at the moment.

If only fresh fruits and vegetables were enjoying the same kind of rush as protein foods, they might plug some of the fibre gap left by spurned grains, but people in highly developed markets are finding it as hard as ever to hit their five portions a day, she believes. For consumers and manufacturers alike, protein is just so much easier to integrate into all types of packaged foods and meals, unlike fresh produce, or, for that matter, fibre.

In the US, where the high-protein trend is at its most rampant, the trend away from grains is plainly reflected in sliding bread and breakfast cereal sales. Even naturally healthy high fibre products are suffering: Euromonitor International’s health and wellness data shows that naturally healthy high fibre breakfast cereal value sales declined by14% over 2009-2014. In the UK, where the protein trend is also finding enthusiastic resonance of late, the category stagnated in 2014.

Baroke points out that the protein trend is not the only cereal detractor – the gluten-free boom is also doing its bit. Some consumers find it easier to eschew cereals altogether in their quest to avoid gluten, and the dubious standing of some “gluten-free” cereals is not helping. In particular, this is the case for oat-based products, which can be labelled gluten free in some countries, eg the US, but not in others, such as Australia.

Now, it is not the case that fibre has nothing exciting to report, she claims. Quite the contrary: March 2015 saw the publication of a large-scale study in BMC Medicine, which concluded that “cereal fibre reduced the risk of death from chronic diseases such as cancer, cardiovascular disease, diabetes, respiratory disease, infections other causes”. The study involved a staggering 367,442 participants, which were followed for a period of 14 years, and so cannot be dismissed as inconsequential on grounds of a small sample size and/or for being of short duration.

It is somewhat ironic that the high-fibre message has gotten lost in the high-protein tide, Baroke notes. Protein deficiency in the developed world is virtually unknown, while the notoriously inadequate fibre intake, which is so commonplace in industrialised countries, has been recognised for decades as having grave adverse effects on public health.

According to the University of California Medical Centre, average fibre intake among US adults is around 15g a day, when it should be double that amount. The link between low-fibre intake and rising incidence of chronic disease, including cardiovascular disease, obesity and also certain types of cancer, was already well established before the aforementioned study came along.

The industry is not unaware of the fibre vs protein issue and many players have already taken the logical step of combining both protein and fibre in their products, according to Baroke. In January this year in the US, General Mills launched Fiber One Protein Chewy Bars, in Cookies & Crème, Mint Fudge Brownies and Chocolate Chip Crunchy Cookies flavour varieties. These low-calorie dessert bars are squarely positioned in the weight management market. Also in January, Danone introduced Activia Fibre in the UK, a convenient combo of its Activia brand yoghurt with a fibre-rich cereal product delivering 6.3g of fibre per serving.

There is little doubt that, Baroke concludes, at least in the short term, the protein trend will continue on its current upward trajectory. But make no mistake, she adds: It is a fad. People in developed markets, with very few exceptions, eg the very elderly or the very poor, do not need to worry about a lack of protein in their diets. They are already getting more than enough. What they do need more of, however, is fibre, and the high-fibre trend, most likely in the form of natural wholegrain cereals, is set to rebound as soon as the protein craze wears off.